Disruptive Information Doesn’t Have to Destroy 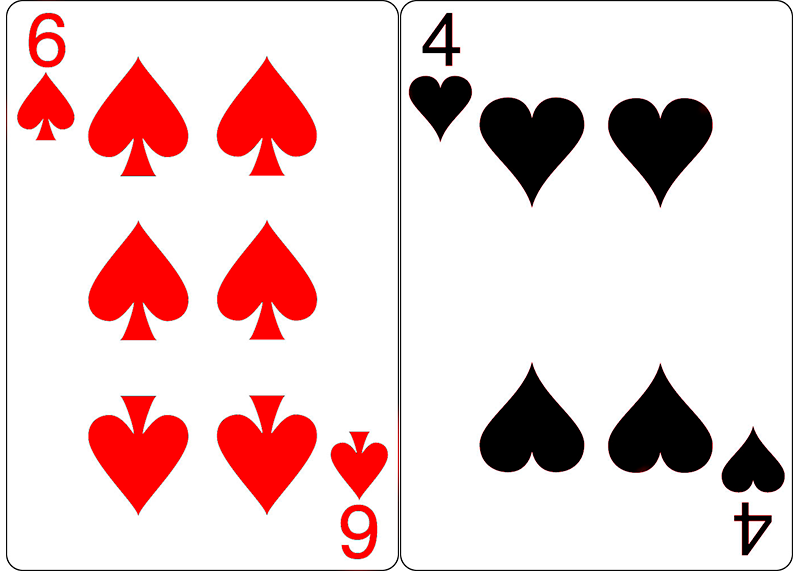 “I can’t believe my eyes.” We say these words when we are amazed or shocked by what we are seeing. Maybe someone surprises you with an unexpected gift, or you bump into a childhood friend on the street, or you see a UFO land in your backyard.

We often use the phrase to communicate amazement or shock, but on a deeper level it is absolutely true.

We really cannot believe our eyes. Sometimes our eyes deceive us.

In her book The Sixth Extinction: An Unnatural History (2014), Elizabeth Kolbert tells the story of a pair of Harvard psychologists who performed an experiment about perception. They showed playing cards to students and asked them to identify them as they flipped by. Most of the cards were ordinary — red diamonds, black clubs, red hearts, and black spades. But a few of the cards had been doctored, so that the deck contained oddities such as a red six of spades and a black four of hearts.

As the cards passed by, the students struggled to make sense of what they were seeing. Confronted with a red spade, some said it looked “purple” or “brown.” Others were completely baffled. “I don’t know what color it is now or whether it’s a spade or a heart,” one said. “I’m not even sure now what a spade looks like!”

The experiment revealed how people process disruptive information. At first people try to make sense of it, saying that the red spades look “purple” or “brown.” Then they get overwhelmed, saying that they don’t know any longer what a spade looks like. As human beings, we like things to fit into familiar categories, and our eyes play tricks on us when they do not.

Eventually, the disruptive information is accepted, and someone is finally able to see that spades don’t have to be black — that can actually be red. “Novelty emerges only with difficulty,” said Thomas Kuhn, the historian of science. After a time of confusion, the old framework gives way to a new one.

Religion is full of disruptive information. Think of the angel of the LORD appearing to Moses in a flame out of a bush (Exodus 3:1-4). Or Peter, James and John on a mountaintop with Jesus, where the appearance of his face changes, and his clothes become dazzling white (Luke 9:28-35).

I love to tell stories that include religious elements, because they naturally include disruptive information.

In my upcoming novel City of Peace, a Methodist minister named Harley Camden loses his wife and daughter in a terrorist attack, and is overwhelmed by grief and anger. The bishop forces him to move to a tiny church in small-town Occoquan, Virginia, to heal and recover. But all hope for serenity is quickly shattered by the mysterious murder of the daughter of the local Iraqi baker, followed by the threat of an attack by Islamic extremists — powerfully disruptive information.

Harley tries to build bridges to his neighbors, including Muslims and Coptic Christians, and digs into the history of the ancient Galilean city of Sepphoris to find the secret to survival in a fractured and violent world. Harley finds that in times of chaos and confusion, old frameworks have to give way to new ones.

Disruptive information doesn’t have to destroy us. It can actually help us to discover new truths about ourselves and the world around us.