God Talk: How to Get it Right 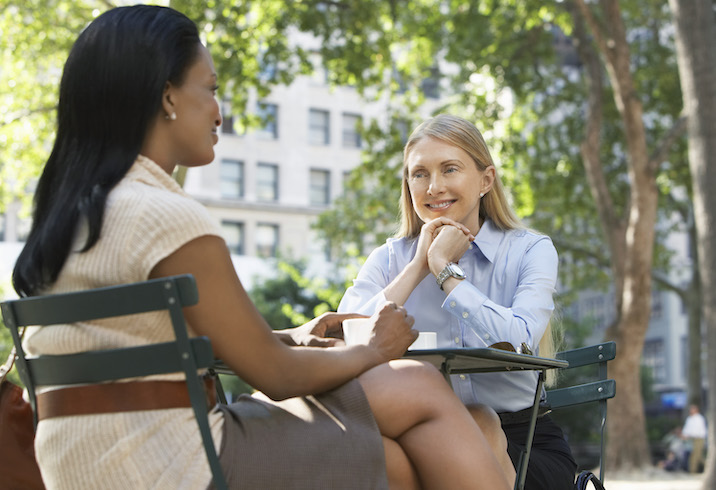 Religious speech can be tricky. A priest and a pastor were standing by the side of the road holding up a sign that read, “The End is Near! Turn yourself around before it’s too late!” They planned to hold up the sign to each passing car.

The first driver sped by and yelled, “Leave us alone, you religious nuts!” From around the they heard screeching tires and a big splash.

“Do you think,” said one clergyman to the other, “we should change the sign to just say, ‘Bridge Out?’”

Yes, God-talk can be hard to get right. But more and more people are abandoning it altogether. In The New York Times (October 13, 2018), religion writer Jonathan Merritt reports on a survey that reveals that most of us don’t feel comfortable speaking about our faith.

Now, some might say that these percentages make since the survey included a cross-section of Americans, both church-goers and others. But here’s the real shocker: Practicing Christians who attend church regularly don’t do much better than the general population. Only 13 percent of this group has a spiritual conversation, about once a week.

So why are we struggling so badly with God-talk? Jonathan Merritt says that in our world today, “Work often takes precedence over worship, social lives are prioritized over spiritual disciplines and most people save their Sunday-best clothing for Monday through Friday.”

Americans also feel conflicted about talking openly about their faith. The Barna survey reveals that many of us believe that spiritual conversations create tension or arguments, and some of us feel put off by how religion has become politicized. A smaller number of us do not want to appear religious, sound weird, or seem extremist.

God-talk can be tricky. But it is worth since religious speech can be inspiring, challenging, comforting, and even life-changing.

In my novel  of Peace, I use story-telling to explore the value of love, honor, and hospitality — qualities that are valued by people both inside and outside of traditional religious groups. I believe that if we don’t use these valuable words, they will fall out of use.

Jonathan Merritt reports that in the last century, compassion words like “kindness” have dropped by 56 percent. Gratitude words like “thankfulness” have declined by 49 percent. When such words fall out of circulation, our entire culture suffers.

People won’t always listen to sermons or religious messages, because they are understandably suspicious of speech that sounds weird or extremist.

But stories? Most of us are still captivated by narratives that ring true to us, and that really engage our hearts and minds.

I hope that novels will remain a place where God-talk can still be discussed, as long as it is authentic to the characters and the plots of the stories being told. Such religious speech can inspire us and challenge us, and keep us connected to qualities such as love, honor, and hospitality.