The Tiger Is Out 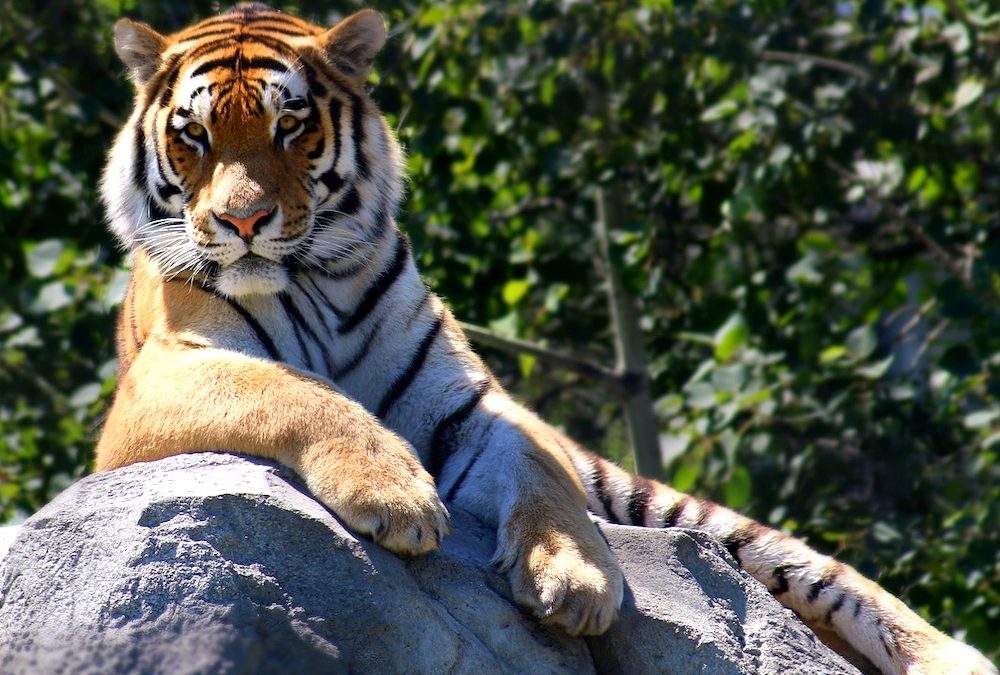 A couple of years ago, a six-year-old named was participating in an after-school writing program. The program was sponsored by an organization in Washington called 826DC. Little wrote a poem called “The Tiger.”

Now, you might think that his poem would be no big deal. After all, six-year-olds write poems all the time, and most of them disappear quickly. But not this one.

Although it is only 12 words long, “The Tiger” has become one of the hottest topics on social media. It has been shared, retweeted, and discussed a thousand times. And little Nael is getting his first taste of fame.

So, what’s it all about? The poem talks about a tiger who destroys his cage and escapes. But that’s just the beginning. “As it became more and more viral, people started to project all sorts of meaning onto it,” said 826DC Executive Director Zachary Clark on WTOP. Some understand it to be a poem about liberation, while others appreciate its ambiguity. People from around the world have been reaching out to 826DC and wanting to know more.

“It’s really good,” said one man on Twitter, “honestly.” It conveys a scene, the structure supports the narrative, it has strong tone and the reader is left to think about the writer’s enthusiasm for the tiger’s escape. “I love it a lot,” said the man.

Here is the poem, in its entirety:

He destroyed his cage

The tiger is out

Can you hear the enthusiasm? Sense the passion? Feel the power? Yes. YES. The tiger is out!

I did a recent search online for “The Tiger” by Nael, and came across these comments:

– “No piece of writing is as raw and as powerful as The Tiger.”

– “I think about how good this poem is at least twice a day.”

As a writer, I would love to have my work shared, retweeted, and discussed a thousand times. “Best poem of all time”? That’s high praise, for sure — every author’s dream. But even if I can’t join Nael at the highest levels of social media fame, I can try to write with enthusiasm, passion and power about issues that really matter to me.

I am deeply troubled by the polarization of life in America today, with politicians and citizens of Red States and Blue States spewing vitriol at each other and showing little interest in finding common ground. At the same time, we Americans are embroiled in immigration debates, struggling with life among diverse cultures and faiths, and facing the threat of global terrorism. If there is any hope for building bridges across the divides of politics, culture and religion, I believe it will come through a new vision of our life together — the kind of vision that is better found in a story than a debate.

This, I believe, is the preaching style of Jesus, who usually taught by telling parables that were based in real-world situations. In City of Peace, I have written from the perspective of a Christian who sees God at work in the messy lives of real people — men, women, liberals, conservatives, Jewish, Christian and Muslim.

In debates so often dominated by the voices of people holding extreme positions — on the right or the left — I think society needs to hear a Christian position that comes not from intellectuals or activists, but from a pastor doing day-to-day ministry in an actual congregation. That’s why City of Peace revolves around the life of Harley Camden, a grieving and conflicted Methodist pastor in small-town Occoquan, Virginia. And it’s why I have chosen to write a novel about polarization and bridge-building instead of preaching a sermon or writing an op-ed.

Parables worked for Jesus, who told stories that unleashed a world-changing spiritual movement. And they can work for anyone willing to write with enthusiasm, passion and power.

What piece of writing has caused you to feel “Yes. YES. The tiger is out”? What poem, parable or novel has been, for you, the best of all time? Or one that is raw and powerful enough to be life-changing? Join the conversation through a comment below.