Let There Be Light: When Words Create Reality 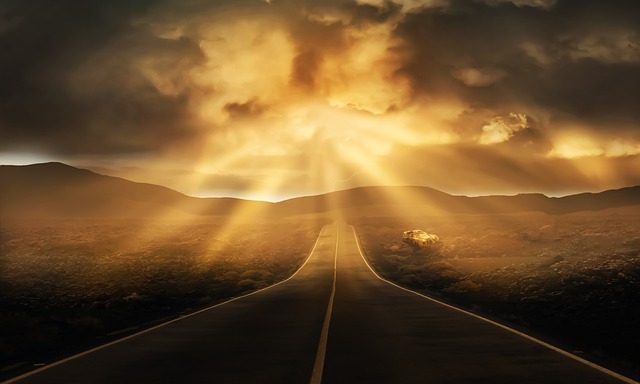 At the beginning of the year, a group at my church began a study that will take us through all 66 books of the Bible in 2019. Not surprisingly, we began with Genesis, which means “origin.” Genesis is the origin story for the entire biblical narrative that follows, from the creation of the heavens and the earth (Gen 1:1) to the arrival of a new heaven and a new earth (Rev 21:1).

Genesis begins with God creating the universe when “the earth was a formless void and darkness covered the face of the deep” (Gen 1:2). God did not create the universe out of nothing, but instead made it out of a dark, formless, watery and chaotic space — something we might imagine as swirling gas or liquid.

On the first day, God created the powerful light that is absolutely essential for life, using only the words, “Let there be light” (Gen 1:3). God saw that the light was good, and then God separated the light from the darkness, making day and night, evening and morning.

God used a set of words to bring order out of chaos — creative speech that was not limited to the Book of Genesis. God continued to bring order out of chaos through the words of the prophets, through the preaching of apostles, and most powerfully through the teachings of Jesus, the Word of God in human form (John 1:14). In the chaos of 21st-century political posturing and cultural conflict, we need these divine words more than ever.

In my novel City of Peace, a Methodist pastor named Harley Camden speaks with a parishioner and postal worker named Mary Ranger about the power of words.

“I’m convinced that words create reality,” Harley explained. “It’s a very biblical idea. Think of God creating the world in Genesis, saying ‘Let there be light,’ and there is light. Jesus is described in the New Testament as ‘the Word.’ When Martin Luther King, Jr., said, ‘I have a dream,’ people began to see a vision of a new world of equality. Words create reality.”

“Huh,” said Mary, getting his point. “That makes me think about my work at the post office in a new way. I’m in the business of delivering words.”

“Yes, you are. So often we disparage words today, saying ‘talk is cheap’ or ‘that’s just words.’ But the truth is that words create reality.”

Words are critical to the creative work of God, and to the creative work of people as well. One of my goals in writing City of Peace was to create a story which can show us new possibilities for life in a world full of immigration bans, fear of terrorism, and widespread suspicion of Muslims. I want to explore ways in which we can overcome polarizing divisions at a time in which so many Americans are feeling anxious, fearful, and deeply suspicious of neighbors. I hope this novel will give you a new vision, because I am convinced that words can create a new reality.

What words have changed your life? A speech, a sermon, a novel, a poem, or a simple phrase such as “I love you” or “I forgive you”? Join the conversation through a comment below. “Let there be light” was a short speech, but it launched the creation of all that exists.