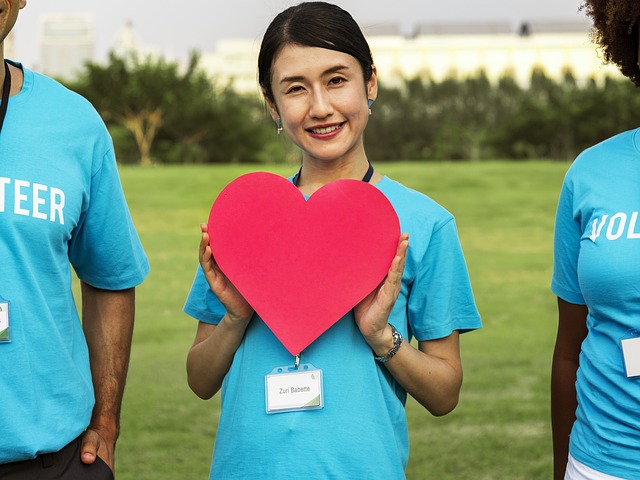 Slurs and hateful language fill the air. Bullies push people around, on playgrounds and in workplaces. Drivers cut you off … and then make obscene gestures.

What in the world can you do?

Steven Petrow is a writer who lives in North Carolina. In The Washington Post, he tells the story of waiting in a long line at his favorite bakery, a shop which makes amazing scones. Watching the people ahead of him pluck the delicious scones out of the glass case, he worried that the bakery would run out. But when he got to the counter, he saw that there was one left, so he pointed and said, “I’ll take that.”

No sooner had he spoken than the guy behind him shouted, “Hey, that’s my scone! I’ve been waiting in line for 20 minutes!” Petrow knew that the man had been waiting, but a line is a line.

What do you think Petrow said to the man? He could have declared, “Sorry, it’s mine!” He had every right to do so. Instead, he asked him, “Would you like half?” The man was shocked into silence, but after a moment he accepted the offer and made a suggestion of his own, “Why don’t I buy another pastry and we can share both?” Then they sat down on a nearby bench to share their pastries.

The two men had almost nothing in common, in terms of jobs, ages, political views or marital status. But they shared a moment of connection and simple kindness. “I felt happy,” says Petrow, “and, frankly, wanted more of that feeling.”

Another story of unexpected kindness appears in Luke 10:25-37, when Jesus tells the parable of the Good Samaritan. A Jewish man was going down from Jerusalem to Jericho, and fell into the hands of robbers who stripped him, beat him, and went away. A Samaritan saw the injured man, bandaged his wounds, brought him to an inn, and took care of him. This surprises the Jews who are listening to Jesus’ story, because they think of Samaritans as people who deserve only slurs and hateful language.

In so many ways, we have misunderstood and misapplied this parable over the years. For starters, we have used the term “Good Samaritan” to describe anyone who puts time and effort into helping a person in need. But a true Good Samaritan is someone of a different cultural caste who helps a person outside of that ethnic circle. The term applies to an outsider who helps an insider, not the other way around. If the parable were to be written today, it would feature a Christian being helped by a Hindu, a Muslim, a Buddhist, or even a Wiccan. The outsider status of the Samaritan is what makes the story so powerful, taking it to a new level.

In my novel City of Peace, pastor Harley Camden gets an unexpected call from a corrections officer at the Prince William County Adult Detention Center, asking him to visit an inmate named Muhammad Bayati. “You do know that he is a Muslim, don’t you?” Harley asks the officer. “I’m a Methodist.” But Harley reluctantly crosses religious and cultural lines in order to make the visit, setting into motion a series of events that challenge him to assist not only Muhammad and his family, but the community around him.

A Stanford assistant professor of psychology named Jamil Zaki has spent a number of years studying how kindness can be transmitted. “Kindness itself is contagious,” he writes in Scientific American; “it can cascade across people, taking on new forms along the way.” He has found that people make larger charitable gifts when they believe that others are being generous. And in situations where people cannot afford to donate, one individual’s kindness can inspire others to spread positivity in other ways.

One week before his scone-sharing experience, Steve Petrow was waiting in line to buy a coffee when a customer in front of him, whom he didn’t know and hadn’t talked to, told the barista that he’d pay for Petrow’s drink. The man said that he did that from time to time because it made him feel good.

Petrow thanked him profusely, feeling as though he’d been given an unexpected and precious gift. And later he wondered: “Was my willingness to share a scone some days later somehow related to this gift of coffee?”

Probably. “When we see other people around us acting in generous or kind or empathic ways,” says Professor Zaki, “we will be more inclined to act that way ourselves.”

It’s the kindness contagion, from Good Samaritans to customers in bakeries to pastors visiting prisoners. Where have you seen kindness transmitted from person to person in a contagious way? Join the conversation with a comment below.