Visiting the Arabian Peninsula, Pope Sent a Message of Peace 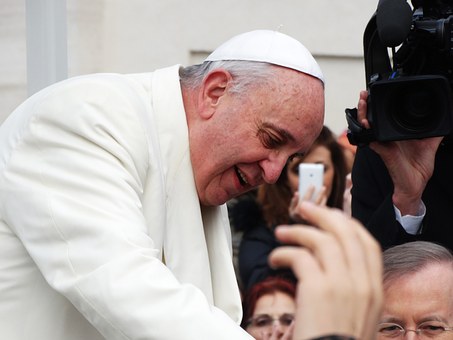 Last month, Pope Francis visited the Arabian Peninsula — the first such visit by the head of the Roman Catholic Church. He celebrated mass in Abu Dhabi with 120,000 Catholics and visited the local Catholic Cathedral that was built on land donated by the local government. He delivered a message of peace to a part of the world known for extremism.

The pope’s visit sent a strong message across the region and world, said Yousef Al Otaibi, the United Arab Emirates’ ambassador to the United States: “People with different beliefs can live, work and worship together. Reverence, respect and compassion are core common values. Prayer is both uniting and unifying.”

But not everybody welcomes or embraces this message.

Islamic radicals call for violence against Christians, Jews, and others. As a result, Christian Coptics are repeatedly attacked in Egypt. People have been shot at the Jewish Museum in Brussels. And Yazidis have been victims of genocide in Iraq. All of this is a violation of true Islam, a religion of peace.

Leaders of the United Arab Emirates (UAE) deplore this violence, which is why they invited the pope to visit. The UAE has become home to 200 different nationalities, worshiping in more than 40 Christian churches, a growing Jewish community, and a number of Sikh, Buddhist and Hindu temples. During his visit, Pope Francis participated in an interfaith forum with the Muslim Council of Elders and other religious leaders.

We need these voices of moderation, acceptance and mutual respect — not just in the UAE, but in the United States.

In my novel City of Peace, pastor Harley Camden suffers the loss of his wife and daughter in a Brussels terrorist attack and spirals downward in grief and anger until his bishop is forced to move him to a tiny church in Occoquan, Virginia.

But any hope for serenity in this small river town is quickly shattered by the mysterious murder of the daughter of the local baker, an Iraqi immigrant. When the threat of an attack by Islamic extremists emerges, Harley is challenged to build bridges to his neighbors, including Muslims and Coptic Christians.

One of the first Muslims that Harley meets is Muhammad Bayati, the baker who has been jailed as a suspect in his daughter’s death. To protest his incarceration, Muhammad has gone on a hunger strike.

“You are going to destroy your health by starving yourself,” Harley observed.

”God will take care of me,” Muhammad said. “My incarceration is unjust, and God is a God of justice. He will help me get through this.”

Harley thought for a moment about what his next move should be. “What do you think Jesus would want me to do? After all, we both honor Jesus, right?”

“In my faith, he is a great prophet,” said Muhammad. “And as an Iraqi, I cannot forget that the Wise Men came from the east, maybe even from my homeland, to visit the baby Jesus.”

“Exactly,” Harley said, a little surprised that Muhammad knew that Bible story. “Jesus is a prophet for you and the messiah for me. He teaches that we should help the hungry and the thirsty, and visit people in prison.”

“Indeed he does,” Muhammad agreed.

“So perhaps,” said Harley, “you are the hungry one in prison that I am supposed to help.”

“Maybe,” said Muhammad, “but I don’t know what you intend to do.”

“The Bible says that when I help a person like you, I am really helping Jesus.”

Clearly, religion can be used to build bridges instead of blow them up. When have you seen faith act as a force for peace and understanding, instead of violence and suspicion? Join the conversation through a comment below.