When a Terrorist Comes to Town 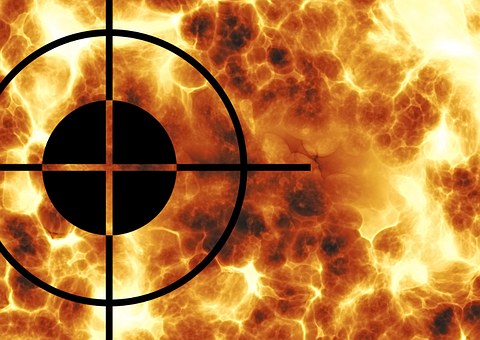 A terrorist spent two years studying the Islamic State fighters who attacked civilians overseas. Then he came to town.

In early April, a Maryland man planned to drive a stolen U-Haul van into a crowd of people at National Harbor, outside of Washington, DC. By this act, he intended to advance the cause of ISIS.

Prosecutors say he wanted to kill “as many disbelievers as possible” in a suicide attack.

According to The Washington Post, he hated disbelievers who didn’t practice Islam and admitted to the plot in interviews with authorities. He was motivated by the same sort of malice that drove suicide bombers in Sri Lanka to kill hundreds of Christians on Easter Sunday.

The Maryland man arrived at National Harbor in the stolen van wanting to create panic and chaos. Authorities believe he was inspired by the terrorist truck attack in Nice, France, that killed 84 and injured dozens more.

His cellphone contained images of armed ISIS fighters, the ISIS flag, and the Pulse nightclub shooter.

Fortunately, police found the stolen U-Haul and arrested him before he could carry out his deadly plot.

In my novel City of Peace, a Methodist pastor named Harley Camden lives in the Town of Occoquan, outside of Washington, DC. This historic town has seen divisions between settlers and Native Americans, colonists and the King of England, the North and the South, blacks and whites.

Now the town is seeing divisions between Christians and Muslims.

Harley finds evidence of this particular split when taking a short run on the Fourth of July. Directly across the Occoquan River from his townhouse is an outcropping of rock, hidden by trees along the river but visible from the road that cuts through the woods.

These rocks stand as tall and strong as Easter Island heads, as they have for millions of years. But now they are covered with graffiti, the work of numerous spray-painting vandals.

The markings made Harley feel discouraged when he first saw them. But on his morning run he spots a new one that stops him in his tracks and makes him shiver—the mark of the Islamic State.

His mind races with questions. Who are they and how close are they—right here in Occoquan?

What are they planning, and when will they strike—will it be today, a national holiday?

Harley realizes that the symbol on the rock doesn’t necessarily prove that terrorists are at work. It could have been painted by the same sort of punks that put anarchy symbols on public buildings.

And he knows that most Muslims are peace-loving, and that he needs to build bridges between Christianity and Islam.

Still, the discovery unsettles him, especially on the Fourth of July, the day he always felt the most patriotic.

What would you do if you saw evidence that a terrorist had come to town? Join the conversation through a comment below.