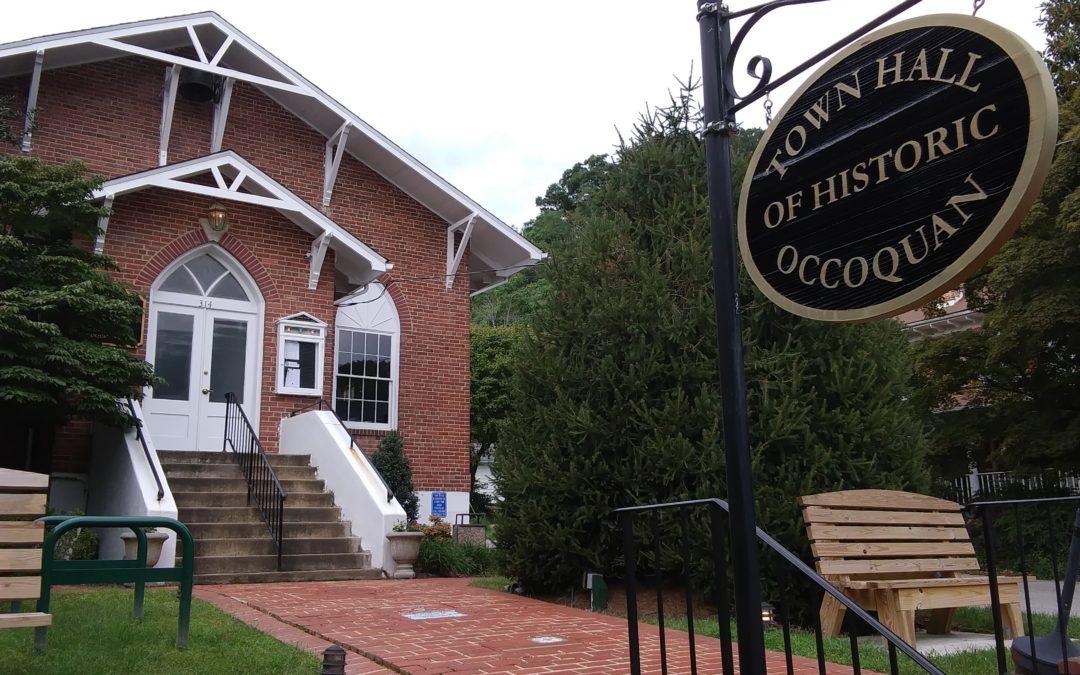 Phebe Novakovic is the chief executive of General Dynamics, a global aerospace and defense company. She started her national security career at the CIA. You would not expect to find Phebe Novakovic in Occoquan.

And yet, both she and the people of Occoquan are deeply patriotic and share a commitment to democracy.

She recently gave a talk in Boston, covered by The Washington Post. In it, she said, “I’m fiercely patriotic. I’m proud of that. I think we need to have more of a national dialogue about the importance of patriotism and shared values, so I’m not shy about it.”

When asked about the threats facing our country, she didn’t immediately say Russia or China or the Iran. “I worry profoundly about our divisiveness as a nation,” she said.

Without saying who was responsible, Novakovic said “anger and hatred” could be deeply harmful to the United States.

“I worry a lot about the corrosive and cancerous effects of that level of anger and hatred,” she said. “Sometimes it’s flat-out hatred, and that I think is scary. You can destroy yourself much faster than an enemy can destroy you. And, typically, great empires fall from the inside out.”

With words like these, I would not be surprised to find Phebe Novakovic in Occoquan.

In my novel City of Peace, pastor Harley Camden visits the Occoquan Town Hall, which had once been an Episcopal Church. Rows of chairs fill the former worship space, facing the raised chancel in which the town council gathers for monthly meetings. The room feels sacred—not in the sense of Christian holiness, but in terms of respect for local governance, practiced in Occoquan for almost 300 years.

The town is deeply patriotic, with a long-standing commitment to democracy.

But even the Town of Occoquan can experience divisiveness, anger and hatred. In the novel, Harley speaks with a church member named Mary about the ways that residents have talked with one another, and the effect these words have had.

“People have got to communicate well,” he says, “and really talk to each other. Horrible things happen when they fail to do so.”

Mary shakes her head sadly, and then Harley asks her, “Have I preached here about the power of words?”

“It’s a very biblical idea,” he says. “Think of God creating the world in Genesis, saying ‘Let there be light,’ and there is light. Jesus is described in the New Testament as ‘the Word.’ When Martin Luther King, Jr., said, ‘I have a dream,’ people began to see a vision of a new world of equality. Words create reality.”

“So the words we use are terribly important,” he continued. “Whether we say ‘I love you’ or ‘I hate you’ makes a huge difference. If I say to a friend, ‘I forgive you,’ it actually changes our relationship.” But the words that people so often speak are misleading, harsh, or hateful.

Phebe Novakovic is right: We need a national dialogue about the importance of patriotism and shared values. Words create reality, and they can either bring us together or pull us apart.

Since Harley Camden would agree, he would certainly be happy to see Phebe Novakovic in Occoquan.

What words do you think need to be spoken in this time of divisiveness? Join the conversation through a comment below.