Super Sunday is a Day of Discord 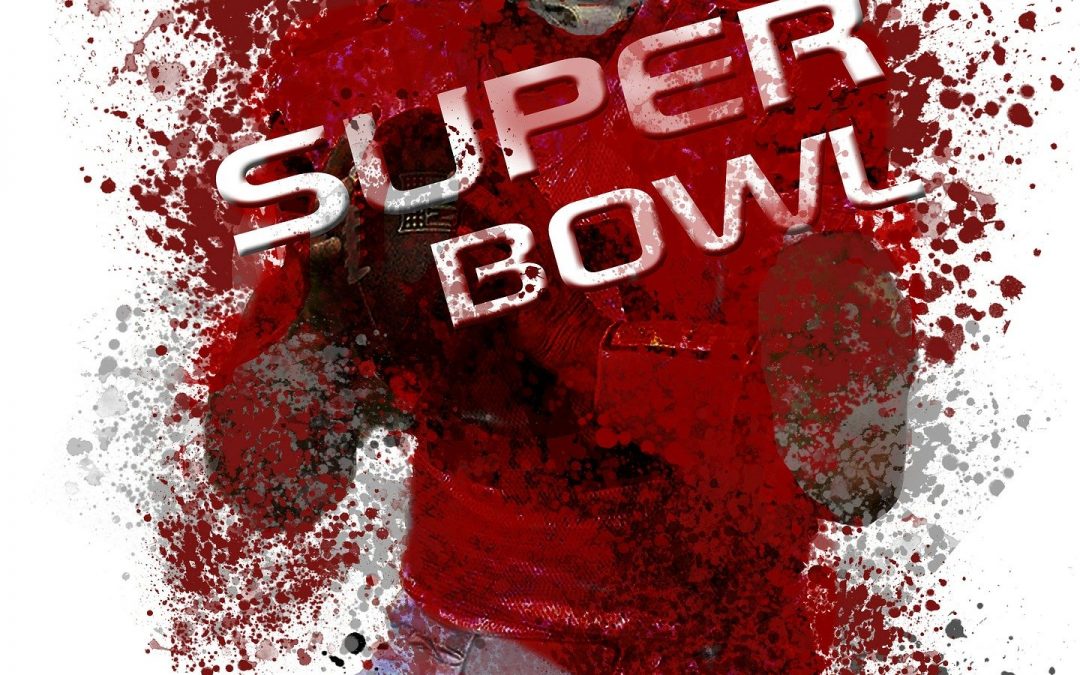 The 54th Super Bowl will be played on Sunday, February 2, and once again controversy will swirl around the year’s biggest football game. Super Sunday is a day of discord.

Throughout its history, the NFL Championship has been roiled by controversy. Leading up to the 20th game in 1986, quarterback Jim McMahon was fined $5,000 for wearing a sponsor’s name on his headband. Three years later, fullback Stanley Wilson was found on the floor of his bathroom, shaking from a cocaine overdose.

Then, in 2004, during the halftime show, Janet Jackson’s “wardrobe malfunction” launched a debate on indecency in broadcasting.

In 2006, ahead of the 2007 Super Bowl, defensive tackle Tank Johnson was arrested for illegal possession of firearms in his home. The same year, Prince played the halftime show and some fans complained that his guitar had phallic connotations when projected on a large sheet.

In 2015, many people believed that the Patriots should have been disqualified from the Super Bowl because of allegations that they used deflated balls in the AFC Championship Game.

In 2019, the game was marred by a missed call in the NFC Championship Game, which likely cost the Saints a trip to the Super Bowl. The backlash to this officiating error made it all the way to the floor of the U.S. Senate.

The same year, multiple stars turned down the opportunity to appear in the halftime show because of their support for Colin Kaepernick and his protest which called attention to racial inequality and police brutality.

According to CNN, “Kaepernick brought significant attention to the issue of police brutality in 2016 by kneeling in protest against it during the National Anthem.”

Other NFL players began protesting in solidarity, and in time were joined by other athletes. In response, the NFL created a rule requiring players to stand during the Anthem or risk being fined, and later decided against punishing players for protesting in this way. The protests and the NFL’s response have led to a “firestorm of criticism,” and some Americans have reacted by boycotting the NFL.

Clearly, Super Sunday has long been a day of discord.

Jones was shot by a former police officer who was later found guilty of manslaughter and attempted murder. The NFL ad is a promotion for the league’s “Inspire Change Initiative,” created to address athletes’ social justice causes in their home communities.

Another controversy in 2020 is the Native American images that will accompany the Kansas City Chiefs as they face the San Francisco 49ers.

Some Kansas City fans come to games wearing headdresses and face paint, and many wave their arms in a “tomahawk chop.” These acts “reinforce a stereotype and incorrect symbolism that Indians are uncivilized and uneducated,” said Kevin Allis of the National Congress of American Indians in The Washington Post. Some Indian leaders and Native rights activists have called the team and fans to revisit some of these customs ahead of the game.

For the millions of Americans who attend Super Bowl parties and other gatherings connected to the game, these controversies can create challenges. Hosts might find that some guests will decline their invitations because of anti-NFL feelings. Guests might become uncomfortable when controversies are raised in conversation during the game.

In my novel City of Peace, pastor Harley Camden faces a controversy very soon after moving to the Town of Occoquan.

A retired member of his church named Dirk Carter took Harley out for a ride on his boat, accompanied by Dirk’s son Matt, an FBI agent. Harley asked the two what they had heard about Muhammad Bayati, a local Iraqi immigrant accused of murdering his daughter.

Matt glanced at his father but said nothing. Dirk paused for a second. “Not much. Only what I read online. Muhammad is still in Prince William jail. He’s got a lawyer, but all he has said is that Bayati is innocent and he looks forward to having his day in court.”

“I guess so,” Dirk agreed. “I’ve never heard a lawyer say that his client is guilty. Not at this point, anyway.”

“But what do you think?” Harley pressed.

Dirk spun his swivel chair. “What do I think?” he mused. “I think that most Muslims see us Christians as infidels. Many want to kill us.”

Matt stayed silent, keeping his eyes fixed on the river.

“You know what I’m talking about, Rev,” Dirk said. “These Muslims see everything as good and evil, and they want to wipe out people they see as evil. So yes, I can see Muhammad Bayati killing his daughter if she did something that he thought was evil.”

Matt turned again. He seemed to be searching for the right words. “Dad,” he said, in a calm and measured way, “you know the investigation is still open. Don’t jump to conclusions.”

“Look, son, you and I both know, whether Muslim or not, these killings are usually crimes of passion. I don’t think you have to look very far to find a suspect.”

“Yeah, maybe,” Matt replied, “but don’t assume that this is a religious thing. I’ve got a Muslim friend at the Bureau. A stand-up guy. He hates what terrorists are doing to his religion.”

“How long has he been here?” asked Dirk.

“Well, there you go. He’s an American Muslim, not a Muslim American. He’s not like these immigrants who are bringing their jihad to America.”

“Whatever,” said Matt, keeping his eyes on the river.

“Personally, I think most Muslims in the US are good people,” Harley offered. “But some get frustrated and are easily radicalized.”

Controversies are everywhere, and every day can be a day of discord. What do you do when faced with difficult topics? Can you talk about tough issues in a way that is respectful and keeps relationships intact? Join the conversation through a comment below.