When You Take the Stage 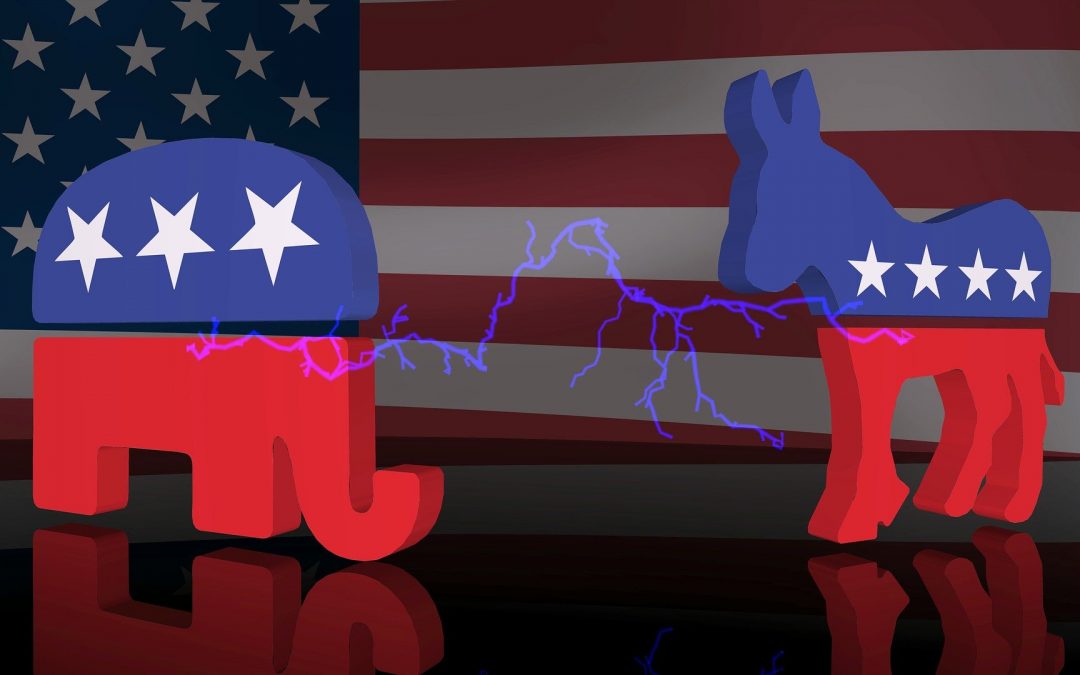 Donald Trump and Bernie Sanders. Neither is a product of the political party that they claim to serve. Instead, they are charismatic performers who want to overturn established institutions. But problems arise when you take the stage.

Yes, Super Tuesday is coming up, and I’ll be voting in Virginia. But my concern goes deeper than the winner of this year’s presidential election.

NPR recently interviewed Yuval Levin, author of the book A Time to Build. He has discovered that when institutions are used as stages, people lose trust. “We trust an institution when we think that it forms the people within it to be trustworthy,” says Levin, “so that not only does it perform an important social function, educating or making laws … but it also at the same time provides an ethic that shapes the people within it.”

Think of the military, which forms a particular kind of person. Or the church. Even Congress used to be a formative institution, shaping people in such a way that they could fight for their positions but also compromise and build consensus. A good example is Bob Dole and George McGovern, who were at opposite ends of the political spectrum but could work in the US Senate to build a broad, non-partisan consensus in support of anti-hunger and anti-poverty programs.

Levin says, “We see people using institutions as stages, as a way to raise their profile or build their brand. And those kinds of institutions become much harder to trust.” Problems arise when you take the stage.

“Politicians such as Trump and Sanders,” writes Michael Gerson in The Washington Post, “want to be seen as outsiders overturning a discredited establishment. Trump, for example, has continued to criticize elements of his own administration on Twitter as though he were an outside observer.”

When politicians take this approach, the purpose of institutions undergoes a shift. “We have moved, roughly speaking,” writes Levin, “from thinking of institutions as molds that shape people’s characters and habits toward seeing them as platforms that allow people to be themselves and to display themselves before a wider world.” Institutions have become more performative than formative.

Even church members are now drawn to leaders who have a big stage — think of Joel Osteen or Paula White. The result, I believe, is that the institutional church loses the trust of the people.

But the church still has a formative role to play, from Sunday School classes to seminaries. In my novel City of Peace, pastor Harley Camden reflects on how the church has formed him into a particular kind of Christian, one who is open to new discoveries about what God is doing in the world.

Riding in a boat on the Potomac River, Harley had a conversation with a church member named Dirk about the importance of tradition. “People think I’m a dinosaur, but I’m not,” said Dirk. “I just value tradition.”

“At the same time, you know what God says, don’t you? In Revelation? ‘I am making all things new.’”

Harley sensed that Dirk wanted a little quiet time, so he let him be. Tradition, Harley thought. So important to the church. And yet, congregations that remained trapped in the past were doomed, because God was always working for transformation, leading people into new understandings of themselves and the people around them.

For most of Christian history, slavery was accepted by the church. Women were long considered second-class citizens. Gays and lesbians had been routinely condemned. Bad traditions! Harley thought.

Harley’s awakening on gays and lesbians had come through a friendship with a fellow seminarian, an Illinois farm boy from a very conservative family, who came out in the 1980s. Although members of the Methodist Church debated the morality of homosexuality for decades, using a variety of biblical and theological arguments, Harley was convinced that gays and lesbians could be good and moral people. For proof, he looked no farther than his friend, who had been a good and righteous man.

As he thought about the New Testament, Harley realized that Jesus always reached out and embraced people at the margins of society — the poor, the sick, women and children. Jesus got in trouble for eating with tax collectors and sinners, and for criticizing the religious leaders of his day. There was something edgy about Jesus, a willingness to enter into uncharted territory with nothing but love and acceptance.

Harley was shaped by the institution founded by Jesus. Formed by this tradition, he knew that he had to reach out to people who were on the margins of American society.

What institution has been formative in your life? Where do you see problems arising when you take the stage? Join the conversation through a comment below.