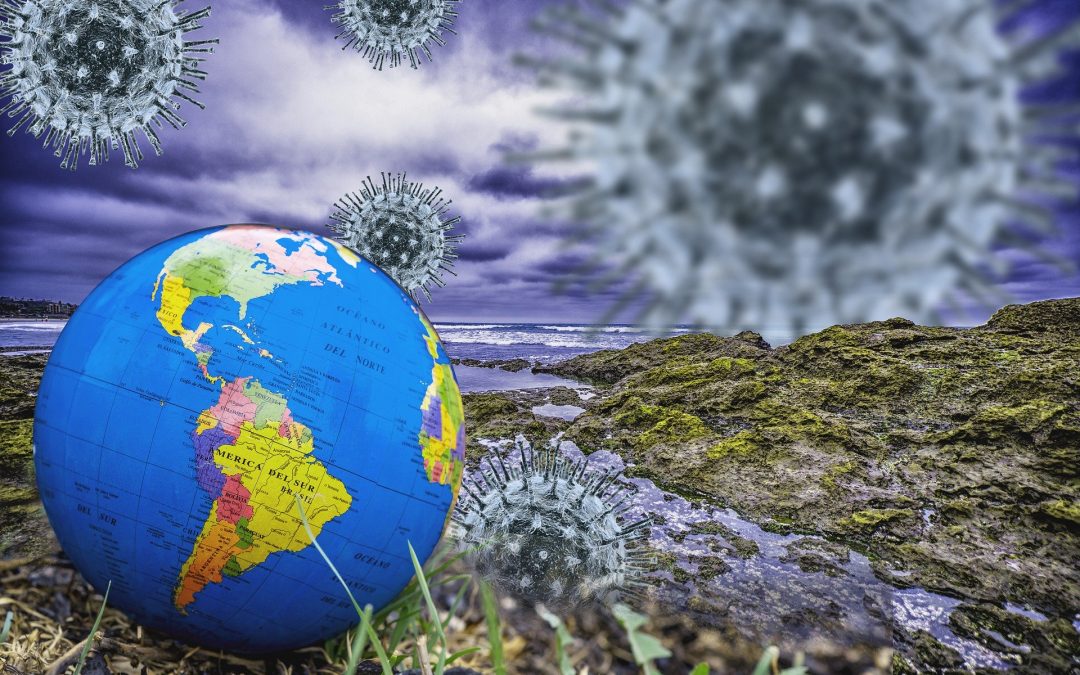 The coronavirus pandemic has turned our lives completely upside-down. Businesses have closed, congregations have moved worship online, and almost everyone is working and studying from home. To these stresses, we now have to add worry about a link between the coronavirus and terrorism.

According to The Washington Post, “Extreme right-wing organizations and radical Islamist groups are seizing on the turmoil and panic created by the coronavirus pandemic to advance their violent agendas.” Racist and anti-Semitic organizations, along with the the Islamic State, al-Qaeda and radical Shiite networks, have ramped up recruitment efforts and encouraged attacks.

With authorities focused on the health crisis, extremist groups are becoming even more extreme.

“The online messages of right-wing or jihadist terrorist organizations about covid-19 to incite hate and the call for attacks are finding a receptive audience,” said a European intelligence official to The Washington Post. “We cannot ignore the possible threat this might cause.”

One online extreme-right post listed chemical formulas for making toxic gases. Another called for spreading the virus to Jews and black children. Some online chatter has talked about infected people becoming biological weapons. In an online magazine, the Islamic State has urged “lone-wolf” attacks in this time of paralysis and fear.

Extremists might strike when the focus is on the coronavirus instead of terrorism.

In my novel City of Peace, pastor Harley Camden was going for a run on the Fourth of July, soon after moving into the river town of Occoquan, Virginia. Directly across the river from his house was an outcropping of rock, hidden by trees along the river but visible from the road that cut through the woods.

These rocks stood as tall and strong as Easter Island heads, as they had for millions of years, but they were covered with graffiti, the work of numerous spray-painting vandals. The markings made Harley feel discouraged when he first saw them on. But on his morning run he spotted a new one that stopped him in his tracks and made him shiver — the mark of the Islamic State.

Heat and humidity had returned to Occoquan after a few days of cool, dry weather, so Harley was panting and dripping with sweat as he inspected the graffiti. His mind raced with questions. Who are they and how close are they — right here in Occoquan? What are they planning, and when will they strike — will it be today, a national holiday?

He realized that the symbol on the rock didn’t necessarily prove that terrorists were at work. It could have been painted by the same sort of punks that put anarchy symbols on public buildings. Still, the discovery unsettled him, especially on the Fourth of July, the day he always felt the most patriotic.

In time, Harley discovered that a terrorist plot was in the works. Islamic extremists planned to unleash a biological weapon, and the Town of Occoquan was in grave danger.

So where should our attention be today, in a time of coronavirus and terrorism?

Harley Camden feared that terrorists would strike while authorities were distracted by a national holiday. Columnist Michael Gerson warns us about threats that the United States needs to prepare against: “terrorism and pandemic disease,” as well as “cyberaggression against U.S. democracy, criminal gangs of international reach, climate disruption and refugee flows that foster despair and radicalism.”

What should we be doing in a time of coronavirus and terrorism? Join the conversation through a comment below.