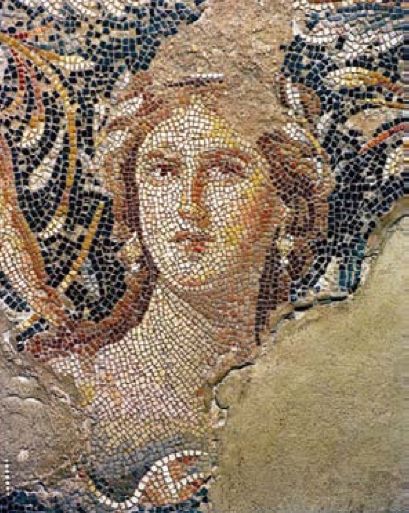 Peace in the Middle East has been elusive for many years, and tensions continue be high between Israelis and Palestinians. But people need to learn about the secret of Sepphoris.

Eric and Carol Meyers are Duke archaelogists who led excavations of the Galilean city of Sepphoris in the 1980s, and made significant discoveries including a mosaic in the Roman style that has been dubbed “The Mona Lisa of the Galilee.” Although it was the capital of Galilee in the time of Jesus, the city is never mentioned in the Gospel narratives.

Something unusual was going on in Sepphoris.

Although many of the Jews of Israel decided to rebel against Rome, the citizens of Sepphoris chose a policy of accommodation. “The city decided to adopt a pro-Roman stance,” writes Eric Meyers in the book Alexander to Constantine: Archaeology of the Land of the Bible, and that decision led to the minting of coins that included the word Eirenopolis (City of Peace). By that point, says Meyers, “the city was pretty well united in its pro-Roman stance and had given up the prospect of joining with other revolutionaries in Galilee.”

Accommodation was the secret of Sepphoris.

Although some might question this strategy, Sepphoris went on to become a center of Jewish life, faith and scholarship, while many other communities were destroyed. Jews found a way to preserve their faith and lifestyle in the middle of a thoroughly Greco-Roman culture.

The challenge of working together in a multicultural, interfaith environment is at the heart of my novel City of Peace. In the book, a pastor named Harley Camden loses his wife and daughter in a European terrorist attack and spirals downward into grief and anger. His bishop forces him to move to a tiny church in small-town Occoquan, Virginia, to heal and recover.

But all hope for serenity is quickly shattered by the mysterious murder of the daughter of the local Iraqi baker, followed by the threat of an attack by Islamic extremists. Harley tries to build bridges to his neighbors, including Muslims and Coptic Christians, and digs into the history of Sepphoris to find the secret to survival in a fractured and violent world. Yes, the secret of Sepphoris.

Fortunately, the secret is getting out. In Israel today, some are finding a path to peace.

According to The Washington Post, a 75-year-old Israeli named Jesse Michael Kramer was recently hospitalized with the coronavirus. Kramer is an ultra-Orthodox Jew and his doctor was a Palestinian Muslim named Fadi Kharouf. “Fadi, it’s an Arab name,” said Kramer after his hospitalization. “He was very good to me.”

“The pandemic has created a bridge between their worlds,” wrote Steve Hendrix. “Hundreds of Jewish covid-19 patients are being treated by Arab practitioners they might never meet outside the hospital. Sick Palestinians are getting care from Jewish medical staff they might otherwise avoid.”

In the face of the coronavirus, they are making accommodations.

“We are all fighting the same battle,” said a Palestinian doctor named Haitham Alamlih. “So many Jewish patients are shocked. They say, ‘You are from Hebron and you are treating me nicely? Oh my God!’ ”

In the hospital, Muslims covered for the Jewish staff during Passover, and Jews are covering the wards each evening during Ramadan while Palestinians end their fast around the breakroom table. They have discovered the secret of Sepphoris.

But will these good relations continue outside the hospital? Time will tell.

Where do you see opportunities for peacemaking in our multicultural, interfaith society? Join the conversation through a comment below.