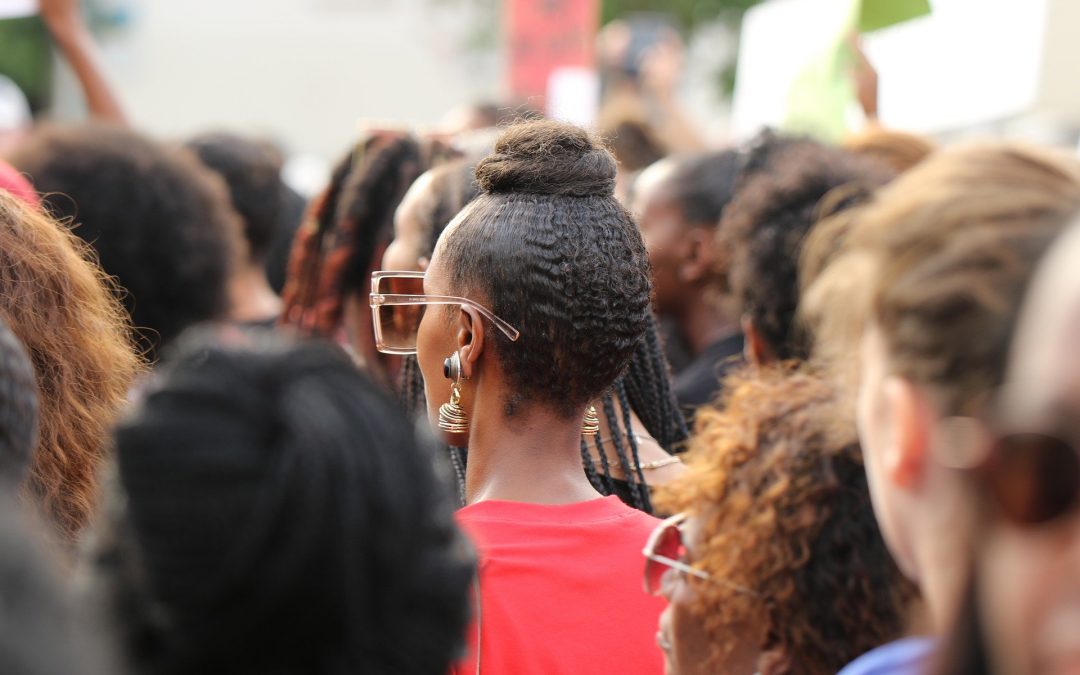 A video of a handcuffed black man named George Floyd pleading for air, while a white police officer kneeled on his neck, has horrified people around the world.

Floyd died during this encounter, leading to the arrest of police officer Derek Chauvin and protests over the excessive force so often directed by law enforcement toward black men in America.

Chauvin’s arrest is a step toward holding whites accountable for violence against blacks.

The officer has been charged with second-degree murder after kneeling on Floyd’s neck for over eight minutes, according to some accounts. In addition, the U.S. Justice Department will launch an investigation into potential violations of federal civil rights laws.

Protests have arisen in at least 140 cities across the United States, and in London, Paris and Berlin as well. Many of the demonstrations have been peaceful, but some have turned into violent clashes. In Minneapolis, protesters set fire to a police station as violence spread through the Twin Cities.

A 20-year-old black woman named Erika Atson was among the thousands of peaceful demonstrators who came together in Minneapolis to call for justice. She told the Associated Press that she was worried about raising children who could be vulnerable in encounters with the police. “We don’t want to cause any damages,” she said. “We just want the police officer to be held accountable.”

Yes, whites who abuse African-Americans need to be held accountable.

Such abuse has a long history in the United States. One of the distortions of the Bible used to justify slavery was the assertion of Southern plantation owners that slave-owning was “responsible dominion over a less fortunate, less evolved people.“

This notion of dominion comes from the Book of Genesis, in which God said, “Let us make humankind in our image, according to our likeness; and let them have dominion … ” (1:26). White slave-owners naturally thought of themselves as being made in the image and likeness of God, but they did not have that same high opinion of the blacks they owned as slaves. Instead, owners thought God had given them dominion over their slaves. Although slavery ended with the Civil War, white supremacy has endured.

Dominion and dominate are closely related terms, with dominion meaning “stewardship” or “supremacy” and dominate meaning “to rule or control by superior authority or power.” Most of us would argue that police officers exercise legitimate dominion over people when they make arrests for violations of the law. But dominion can easily shift to dominate. In response to recent protests, Attorney General William Barr said, “Law enforcement response is not going to work unless we dominate the streets.”

The urge to dominate has led to a history of horrible violence against blacks.

In my upcoming novel Windows of the Heavens (sequel to City of Peace) an African-American businessman named Jefferson Jones tells pastor Harley Camden about his history in the riverside town of Occoquan, Virginia.

“Justice was the name of my first shopping center,” Jefferson says.

“Up at the top of Tanyard Hill Road?”

“Exactly,” says the older man. “Bought the land and developed it while I was still a shopkeeper here in Occoquan.”

“Must have been expensive,” Harley surmises.

“Not too bad,” says Jefferson, smiling. “The owner stopped paying his property taxes, so I got the land in a tax sale.”

Jefferson shakes his head. “No, he was a total racist. A member of the KKK. I was happy to take his land and develop Justice Plaza. Good name, don’t you think?”

“Absolutely,” Harley nods. “I had no idea where the name came from.”

“Most people don’t,” acknowledges Jefferson. “Justice seems innocuous. You know, like the line, ‘Truth, Justice and the American Way.’ But for me it has a very special and specific meaning.”

Harley had driven by Justice Plaza many times, not knowing its history and hardly noticing its name. As the novel develops, the dark history of that property begins to emerge.

Jefferson Jones found a powerful way to hold whites accountable for violence against blacks. In an appropriate way, he exercised dominion.

How can you hold yourself and others accountable for acts of racism and violence? Join the conversation through a comment below.