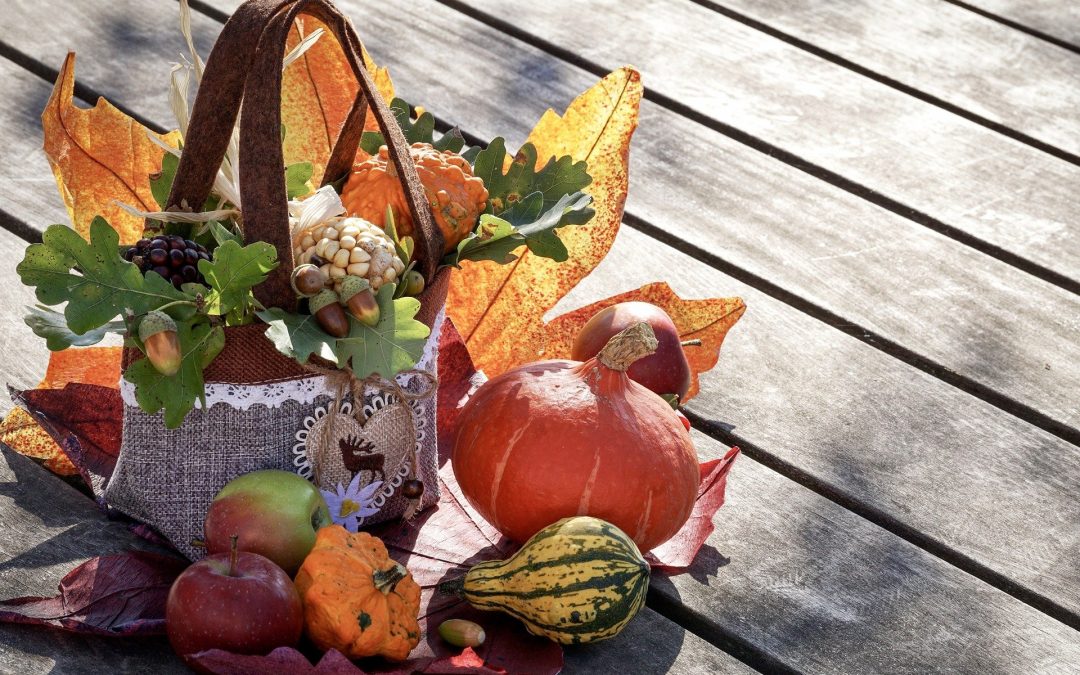 2020 has been a long and tough year. This was a Leap Year, you know, but a unique one: There were 29 days in February, 300 days in March, and five years in April.  It sure felt that way. Looking back, not much in this year has been worthy of praise.

The pandemic has prevented us from getting together in groups since Mid-March.  Even Thanksgiving Day is being affected, and many families are restructuring their traditional gatherings. We have suffered from hurricanes in the Atlantic and wildfires in the West.  People have lost jobs due to business slow-downs, and many children and their families have struggled with online learning.  The death of George Floyd was a terrible tragedy, and led to many passionate debates about racial injustice.  And then we had a long and bruising presidential campaign.

Giving thanks is a little tougher as we come to the end of 2020.

When I gathered with the elders of my church on Tuesday night, we spent some time talking about thanksgiving in a time of pandemic. Although the mission and ministry of our church has been severely disrupted by the coronavirus, we realized that we could be thankful for many things. Our membership has adjusted to worshiping online through weekly YouTube services. Christian formation classes for adults, youths and children have shifted to Zoom, and participation has remained strong. Donations are down a little, as might be expected, but our members have remained faithful and generous in their giving.

We have also gathered safely in person for a number of outdoor activities, including a BBQ lunch and fundraiser in partnership with Red’s BBQ. Over $2000 was raised to buy meals for our homeless neighbors, which we will deliver to a shelter during a week in December. Our members had a fun time eating together, while raising money for a great cause.

In my mystery novel City of Peace, a pastor named Harley Camden suffers the loss of his wife and daughter in a 2016 European terrorist attack. After being moved by his bishop to the Town of Occoquan to heal and to recover, he faces the trauma of an unsolved murder and the threat of an attack by Islamic extremists. For Harley and his church members, 2017 is a year even worse than 2020.

And yet, Harley discovers much that is worthy of praise. On one particular summer Sunday, he is thankful that the congregation is a bit larger than usual. Harley knows that times of turmoil and tragedy are actually a good time to be the church, because people are looking for a firm foundation to stand on.

For the scripture that day, Harley reads from fourth chapter of the Gospel of Matthew. “Now when Jesus heard that John had been arrested, he withdrew to Galilee. He left Nazareth and made his home in Capernaum by the sea,” he intones, pointing up to the stained-glass window behind him. “Our window shows the sea that Matthew is talking about,” he says as an aside, “the Sea of Galilee.”

Then, returning to the reading, “Galilee of the Gentiles — the people who sat in darkness have seen a great light, and for those who sat in the region and shadow of death light has dawned.” Harley closes the Bible and looks out over the faces in the congregation, people that had been strangers to him just two months before. They look eager, maybe even anxious, to hear what he has to say.

Light in the darkness

“Hear the words of scripture,” he says. “‘Galilee of the Gentiles — the people who sat in darkness have seen a great light.’ Here in Occoquan, we have sat in darkness, in the region and shadow of death. But the promise of our faith is that God’s light shines in the darkness, and the darkness cannot overcome it. Our challenge today is to be light — be light to each other, be light to this community.”

Looking back at the stained-glass window, Harley says, “Look at the face of Jesus in our window. Such calm in the middle of a storm. Jesus says in today’s scripture that ‘the kingdom of heaven has come near.’ I believe that: The kingdom of heaven has come near, right here in Occoquan. It isn’t fully present, but it has come near.” Looking around the sanctuary, Harley feels a rush of affection for the people sitting in its well-worn old pews. They don’t have to be there, but they show up again and again.

I share Harley’s thankfulness that members of my congregation have continued to participate in worship, ministry and mission — even in a time of pandemic. They are light to each other, and light to our community. Such dedication is worthy of praise. For what are you thankful in this difficult time? Join the conversation through a comment below.