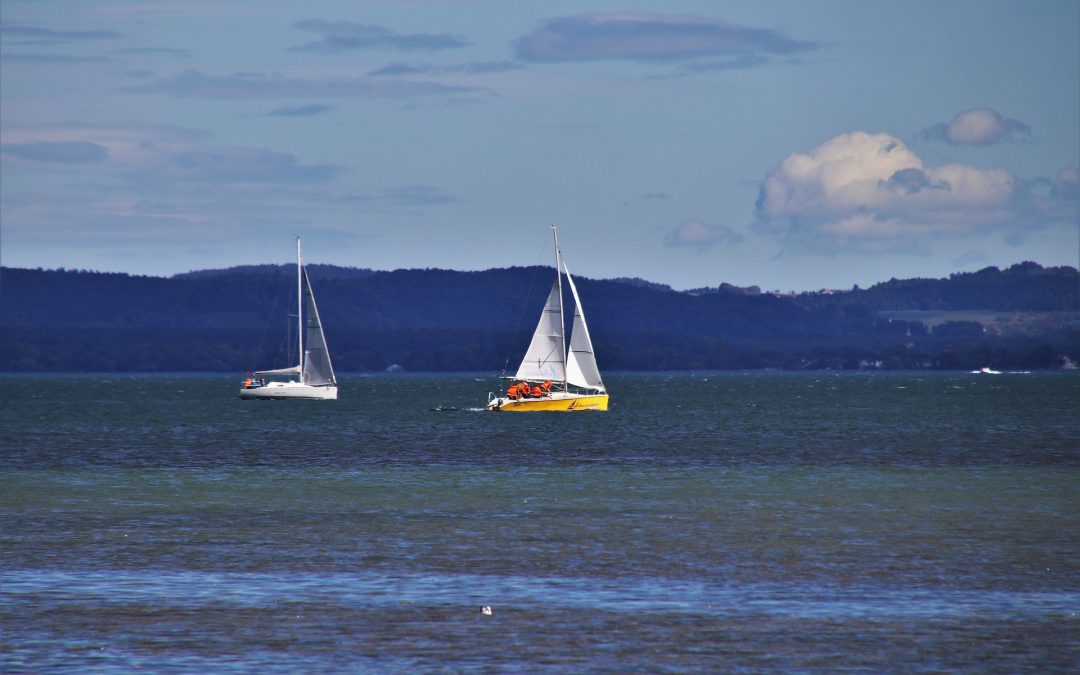 Soon after moving into his home in Occoquan, Harley Camden was treated to a ride in a powerboat by his friend and parishioner Dirk Carter.

Harley was surprised by how good it felt to be on the river. The sunlight shimmered on the water, and the deep green leaves of the trees along the banks made the river itself look green. A family of ducks swam beside them for a minute, and a fish jumped out of the water just a few feet from the bow. They moved slowly at first, passing under the Route 123 bridge as they headed east. Harley soaked up everything around him, letting the river work its calming magic on him.

“This part of the river is ‘no-wake,’” said Dirk, “meaning you have to move slowly, running the engine about 1000 RPM. There are a number of houses with docks, and a couple of marinas up ahead. If we revved her up, our wake would cause all kinds of damage to the boats that are tied up. In about twenty minutes, we’ll be able to let ’er rip.”

“No problem at all,” Harley replied. “I’m enjoying the sights.”

Skipping across the water

After a few minutes, they were moving at thirty miles per hour, shooting across Occoquan Bay and out into the Potomac. A strong breeze whipped across the water, creating little whitecaps, but the boat handled the waves well.

“Should have warned you that there was a small craft advisory today,” shouted Dirk, smiling. “But don’t worry. Weather Service guys are always cautious.”

As they skipped across the water, Harley began to feel a strong connection with his boating companion. Dirk pointed to Mason Neck, the large peninsula that formed the western bank of the Potomac River, and shouted that it was the location of Gunston Hall, the home of one of the founding fathers, George Mason.

He said that Harley could pull some enormous catfish out of the deep sections of the river around there. Stretching his hands out to four feet, he signaled the size of the biggest one he had ever caught. As the boat sped northwest, Dirk said that they were entering Gunston Cove, which bordered Mason Neck on the north and spilled into the Potomac.

Conversation was difficult with the noise of the engine and waves against the hull, so Harley sat back and enjoyed the ride. He felt so free on the water, disconnected from the endless conflicts and concerns of life on land. As the wind whipped around him, Harley suddenly realized, Yes, this is why the Holy Spirit is described as a mighty wind. Feeling the spray of the water, this is the cleansing water of baptism washing away my sins. Wind and water were spiritual, no doubt about it.

Read chapters 5 and 6 of City of Peace as well as Acts 2:1-2, “When the day of Pentecost had come, they were all together in one place. And suddenly from heaven there came a sound like the rush of a violent wind, and it filled the entire house where they were staying.”

1. What does water mean to you, and what feelings do you associate with it?

2. Why do you think wind is associated with the Holy Spirit? What characteristics do they share?

3. Where do you go for spiritual renewal? How have you experienced God in nature, if at all?