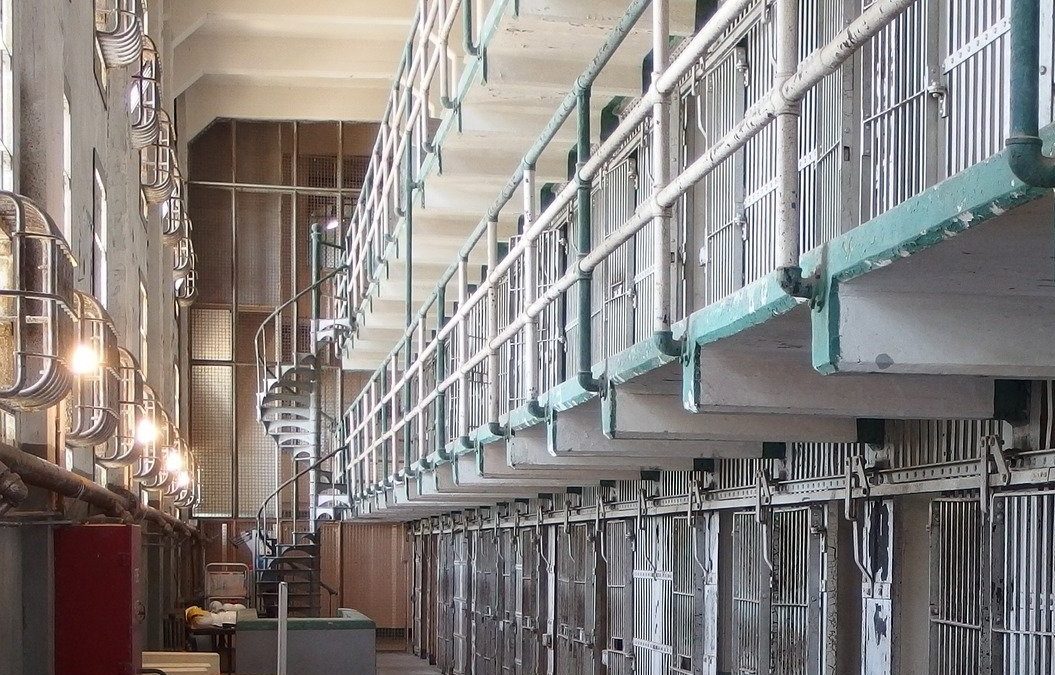 A short, slender man entered the visitation room of the county jail with his hands behind his back. He was followed by two guards, one of whom stopped him and unlocked his handcuffs. The man glanced at Harley Camden before entering, then turned his eyes forward and walked to a chair on the far side of a table in the middle of the room. He sat and rubbed his wrists to soothe them after being released from the cuffs. The guard turned to Harley.

“Pastor Camden, this is Muhammad Bayati. You have twenty minutes. Good luck.” Harley walked cautiously into the room, jumping slightly when the guard closed the heavy steel door behind him.

“Mr. Bayati?” he asked, putting out his hand for a shake. “I’m Harley Camden, the pastor of Riverside Methodist Church in Occoquan.” The inmate looked him in the eye and offered his hand but didn’t say anything. “May I sit down?” Harley asked. Muhammad nodded.

“You probably wonder why I am here,” Harley continued. “I was called by a corrections officer since I am the only clergyman in Occoquan.”

“I’ve heard about you,” said Muhammad. The man had a brown face with deep lines, bushy eyebrows and large brown eyes that were as dark and deep as the inky water of the Occoquan River at night. Muhammad was balding, with a fringe of gray hair around the back of his head. His orange jail jumpsuit hung on his slender frame, and his long fingers continued to massage his wrists.

After some brief introductions, the two men talked about prayer and loss and the justice of God. Harley knew that Muhammad had been charged with killing his daughter Norah, and told him that people were calling it an “honor killing.”

Muhammad’s eyes flashed with anger. “Absurd. Such killings are barbaric. I am an American. I left Iraq to escape such brutality. I came to America because it is a land of justice, and now I am getting no justice.”

“I’m not being accusatory;” said Harley. “it’s what people are saying.”

Muhammad’s expression changed from anger to sadness. “I know.”

What would Jesus do?

“So why have you started a hunger strike?” Harley asked.

Muhammad ran a hand across his bald head. “To bring attention to my case, and move it more quickly to trial. I think Norah’s death was a priority for the police until I was arrested. Now, no one cares. The prosecutor is going to take his time and build a case around the idea of an honor killing. But nothing could be further from the truth. I need to get to trial, prove my innocence, and return to my work at the bakery.”

“But you are going to destroy your health by starving yourself.”

“God will take care of me,” Muhammad said. “My incarceration is unjust, and God is a God of justice. He will help me get through this.”

Harley thought for a moment about what his next move should be. “What do you think Jesus would want me to do? After all, we both honor Jesus, right?”

“In my faith, he is a great prophet,” said Muhammad. “And as an Iraqi, I cannot forget that the Wise Men came from the east, maybe even from my homeland, to visit the baby Jesus.”

“Exactly,” Harley said, a little surprised that Muhammad knew that Bible story. “Jesus is a prophet for you and the messiah for me. He teaches that we should help the hungry and the thirsty, and visit people in prison.”

“Indeed he does,” Muhammad agreed.

“So perhaps you are the hungry one in prison that I am supposed to help.”

“Maybe,” said Muhammad, “but I don’t know what you intend to do.”

“The Bible says that when I help a person like you, I am really helping Jesus.”

Muhammad looked at him quizzically. “So I am Jesus for you? I do not see how that can be. I am not a prophet.”

“We don’t have to get too spiritual about it,” said Harley, backing off a bit. “But I think I should help. What can I do for you?”

Turning the wheels of justice

“Anything to get my case some attention,” suggested Muhammad, “and move it more quickly to trial. I am angry that I am locked up and forgotten, falsely accused of a crime that I did not commit. I came to this country because of its rule of law, and now look at what is happening to me.”

Harley pondered for a moment, and then thought of Henry Kim, the husband of his colleague Emily. He wrote for the Metro section of The Washington Post. Maybe Henry could do a story on Muhammad.

“If I could get a journalist to write a story on your case, would you be willing to stop your hunger strike? It won’t get you out of jail, but a big story might get the wheels turning a little faster.”

Muhammad thought for a moment and nodded. “I would agree to that.”

“I’m sure your family would appreciate it,” said Harley. “They must be worried.”

“They trust God, as I do. God is merciful and just.”

A new view of God

“God is also love,” added Harley. “Our Bible says that God is love.”

Muhammad cocked his head slightly. “That is different from our understanding. We have many names for God, but love is not among them.”

“For Christians, love is at the core of who God is,” explained Harley, offering an insight that had been at the center of many of his sermons. “God reveals his love by sending Jesus to bring us forgiveness and new life. And the response we are supposed to make is to love one another—a love that should be extended to friends, enemies, blacks, whites, Muslims, Jews, fellow Christians. It is all supposed to come down to love. In fact, the Bible insists that those who say, ‘I love God’ but hate their brothers and sisters, are liars.”

“I would agree with that,” said Muhammad. “Loving God does require that we love the people around us.”

“Of course, it’s easier said than done,” observed Harley. At that moment, the heavy metal door opened behind him, and the guard said, “Time’s up.”

Read chapters 7 and 8 of City of Peace as well as 1 John 4:7-8: “Beloved, let us love one another, because love is from God; everyone who loves is born of God and knows God. Whoever does not love does not know God, for God is love.”