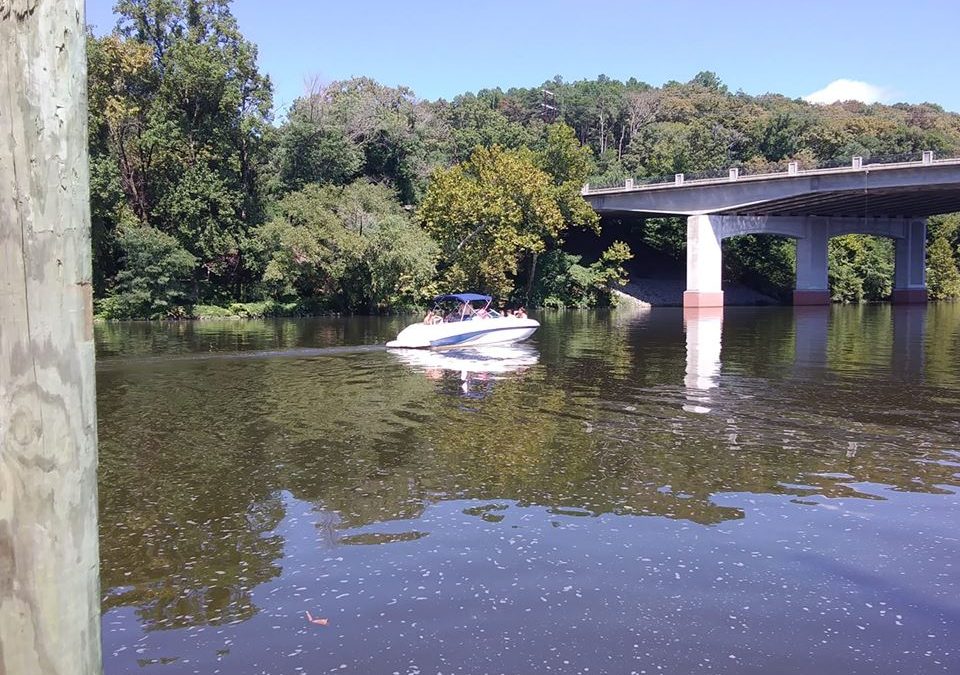 Harley Camden fired up his boat and pulled away from the dock, enjoying the slight breeze rippling the surface of the Occoquan River. The boat cut effortlessly through the water, and Harley loved the feeling of moving forward with no friction, no resistance, no tension, no struggle. He was finding calm in creation.

Harley headed for the channel under the Route 123 bridge, not wanting to run into the rocks lurking beneath the water near the Occoquan shoreline, and then watched as the boat’s small wake sent ripples toward the shore and caused the sunlight to dance.

He looked toward Maxine’s Restaurant and saw children running along the public dock, chased by parents who didn’t want them to fall into the water. Ducks paddled out of his way, and a heron swooped down in front of him. As he passed under the bridge, Harley felt his blood pressure dropping.

Boating had become meditation for Harley, an activity that enabled him to practice what his contemplative friends called mindfulness—focusing awareness on the present moment. On the boat, he had to pay attention to where he was going, with eyes open for kayakers and floating logs, but none of this activity required much mental energy. He simply looked and listened and experienced the river, occasionally adjusting the throttle and turning the steering wheel.

Rootedness is a virtue

After passing under the I-95 bridge, Harley looked to the shore and saw the huge rocks that had been put in place 300 million years ago. They were covered with large trees whose roots reached around the rocks, hugging them tightly and finally plunging into whatever soil they could find. He couldn’t tell if the rocks were supporting the trees or the trees were supporting the rocks. Harley envied that. He thought that such rootedness was a virtue. He wondered what it would feel like to hold on to something so solid, and to be able to grow and thrive with such a firm foundation. An old hymn began to play in his head: “On Christ the solid rock I stand, all other ground is sinking sand.”

Harley believed in Christ, but he had no roots. He had grown up an Army brat, moving around the country and then ending up in Germany for his high school years. He came back to the US for college and divinity school but didn’t feel a connection to any one place until he became involved with Karen and moved to Alexandria.

His dad was a no-nonsense Army officer, a veteran of Vietnam with a three-pack-a-day habit, and he died of lung cancer a month after Harley graduated from college. His mother was softer and more spiritual, but she retired to Florida and remarried. Harley enjoyed visiting her in her new home and liked her new husband, but she developed ovarian cancer and was dead by the time Harley turned forty. He had grown up as an only child and often longed for a larger family. That was one of the reasons that his wife Karen and daughter Jessica were so precious to him, and why he became so close to Karen’s parents in Alexandria.

Throughout his ministry in the Washington area, the five of them gathered frequently for birthdays and holiday celebrations. Sometimes Karen’s brother from Spokane would join them, along with his family, but usually it was just Jessica, Harley, Karen and her parents. They loved to eat and drink together, whether they were having a Fourth of July picnic or Christmas dinner. But after the Brussels bombing that killed Karen and Jessica, Karen’s parents moved to a retirement facility in Annapolis, and he rarely saw them. He came to realize that Karen and Jessica were his roots, and without them he had nothing holding him in place.

The view from the water

Harley found himself thinking of Karen’s parents as he steered the boat into the Potomac River and headed north. They had lived in the Mount Vernon area of Alexandria, and on their many visits Harley and Karen enjoyed walking along the trail bordering the river, which offered stunning views of the river and the Maryland shoreline.

Now Harley was able to see their neighborhood from the water, which gave him a new perspective. It struck him that travel in colonial Virginia had been largely water-based, but now it was primarily land-based, with people moving around by cars and trucks and busses and trains. He enjoyed seeing the area from the water and feeling a connection with years gone by. One of his favorite destinations had become George Washington’s Mount Vernon home, which was hard to see from the land but spectacular from the water. Once again, he was finding calm in creation.

Read chapters 9 and 10 of City of Peace as well as Psalm 104:25: “Yonder is the sea, great and wide, creeping things innumerable are there, living things both great and small.”