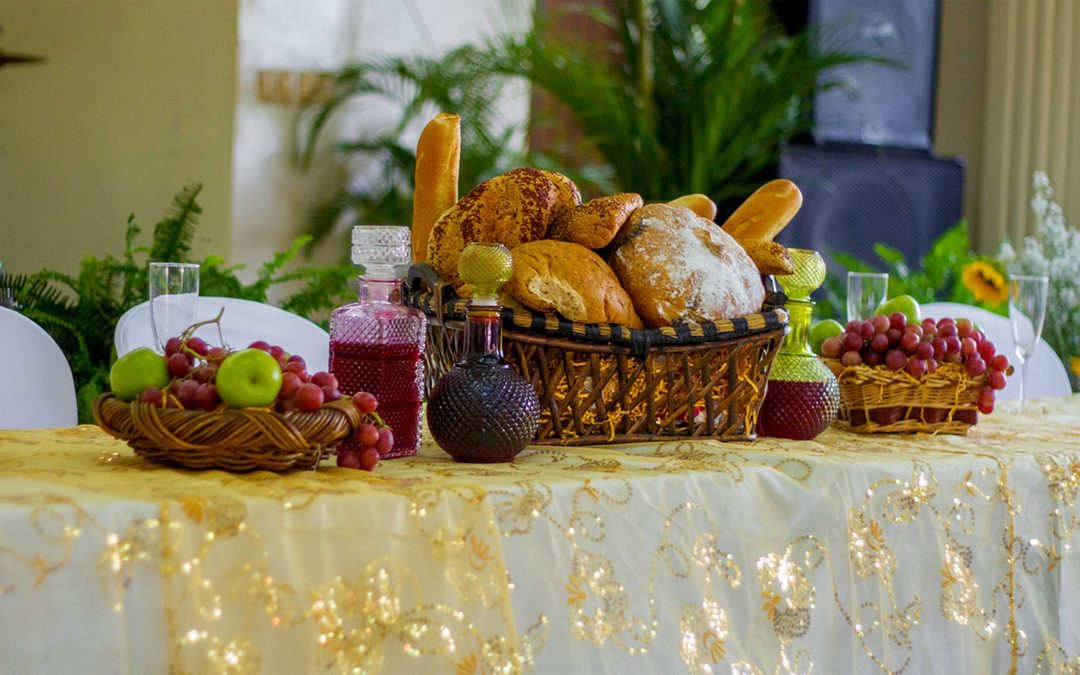 As soon as they sat down for dinner, Youssef Ayad offered a prayer. “Be with us, Lord Jesus, as you were with your first followers in the breaking of the bread. Bless this food to our use and ourselves to your service. Amen.”

His wife Sofia passed Harley Camden a plate of lentils and rice with tomato sauce and said that it was called kosheri. She followed that dish with stuffed grape leaves, which she called warah enab.

Youssef refilled Harley’s glass of iced tea and noted that they ate mostly vegetarian meals, which came from the Coptic Christian practice of abstaining from meat during periods of partial fasting. He said that they were allowed to eat fish through most of the year, but the two of them found that they were satisfied with a largely vegan diet.

From a spiritual point of view, it took them back to the Garden of Eden, said Youssef, where plants were the only food that humans were permitted to eat. Harley nodded, remembering that according to the Book of Genesis, meat was allowed only after the time of Noah and the ark.

The power of a meal

“This food is delicious,” said Harley to Sofia. “Thank you very much. It all seems very healthy.”

“Food is important to us,” Sofia said. “Think of the many times that Jesus sat down to eat with people—even tax collectors and sinners. Christian hospitality is very important to Youssef and me.”

“I do appreciate it,” Harley added. “Think of how much better the world would be if people actually sat down and ate with each other.”

“No doubt about it,” agreed Youssef. “Although the Bayatis are Muslim, they have become some of our closest friends here in Occoquan, largely because we have shared so many meals. Back in Egypt, Christians and Muslims are getting together less and less, which has caused the animosity and violence to increase. Did you hear about the attack last December in Cairo?”

“No, I missed that,” admitted Harley.

“It was horrible,” Sofia said, shaking her head. “The worst attack on Copts in years. The Islamic State claimed responsibility.”

“How did the Copts respond?” asked Harley.

“With increased security, of course,” said Youssef. “But also with prayer—prayers for the victims, and for their attackers.”

Harley was impressed that the Coptic Christian community could respond with prayer for such evildoers. Thinking back over the past year, he hadn’t said a single prayer for the terrorists who killed his wife and daughter. And yet he knew that Jesus commanded his followers to pray for the people who persecuted them.

“A Coptic bishop set just the right tone,” continued Youssef. “He has a diocese south of Cairo. He challenged us all to love our enemies, to forgive them, and to pray for God to extract evil and darkness from their hearts. This has been my prayer since the bombing, although I admit that it is not easy to do.”

“It is the only Christian path,” added Sofia. “We need to focus on heaven, and practice heavenly values in this world. After all, our life here is a preparation for heaven.”

Read chapters 15 and 16 of City of Peace as well as Matthew 9:9-13, “As Jesus was walking along, he saw a man called Matthew sitting at the tax booth; and he said to him, ‘Follow me.’ And he got up and followed him. And as he sat at dinner in the house, many tax collectors and sinners came and were sitting with him and his disciples. When the Pharisees saw this, they said to his disciples, ‘Why does your teacher eat with tax collectors and sinners?’ But when he heard this, he said, ‘Those who are well have no need of a physician, but those who are sick. Go and learn what this means, “I desire mercy, not sacrifice.” For I have come to call not the righteous but sinners.’”

1.    Where do you find spirituality in food? What are some of the most meaningful meals you have ever had?

2.    Why do you think Jesus chose to eat with tax collectors and sinners? How would the world be a better place if people actually sat down and ate together?

3.    Who are the people that you find it most difficult to remember in your prayers? How is prayer, love, forgiveness and Christian hospitality a preparation for heaven?