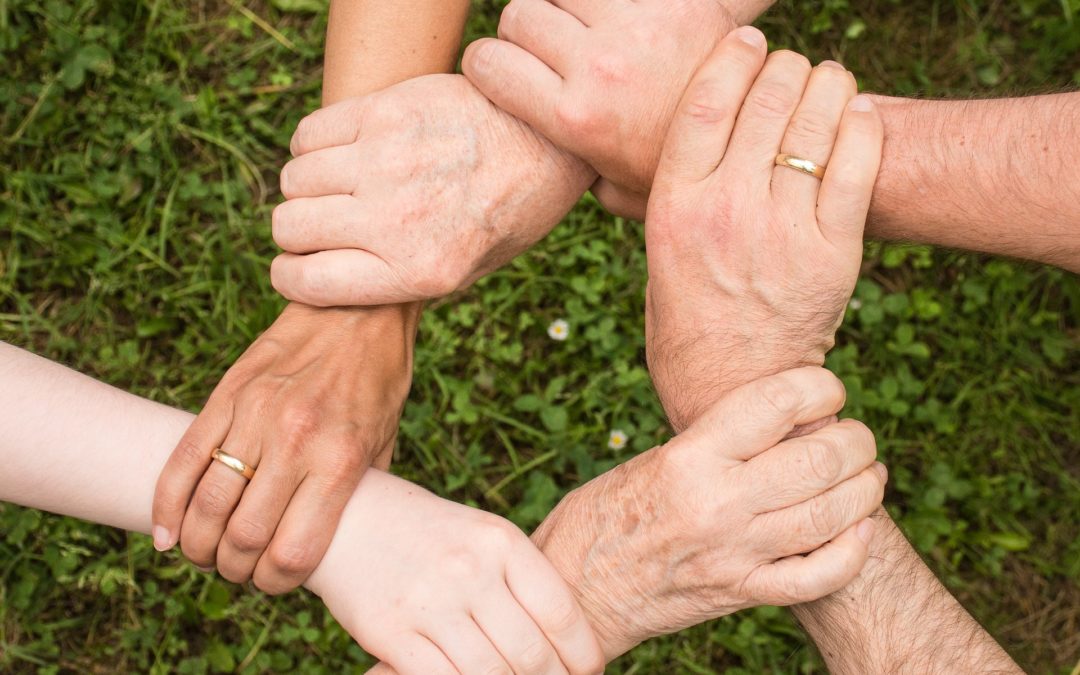 Harley Camden ran into his friend Tawnya Jones at Auntie’s Pie Shop. “So, what are you up to today,” asked Tawnya, “besides drinking coffee?”

“Writing my Sunday sermon,” he said, taking a sip of his drink. “I’m wrestling with Paul’s letter to the Romans.”

“The one who is righteous will live by faith?”

“You know your Romans,” said Harley, offering his hand for a high five. He liked to talk with Baptists because—unlike more liberal Protestants—they knew their Bibles. “But no, the seventh chapter, all the stuff about sin and doing the things that we hate.”

“That is a tough passage,” Tawnya admitted. “Tough but true.” Giving him a smile, she said, “You don’t go easy on your congregation in the summer, do you?”

Harley shook his head. “No, they need it. They are a sinful bunch. Very wicked people.” She laughed and told him to be nice.

“I get what Paul is saying about sin being a controlling force, like an addiction or an obsession,” Harley said. “Paul understands human nature, for sure. But how does Jesus actually come in and free us? What does Paul mean when he says, ‘Thanks be to God through Jesus Christ our Lord!’”

Tawnya thought for a second. “I guess it has to do with the sacrifice of Jesus on the cross, taking our sins on himself, dying so that we can be forgiven.”

Harley nodded. “Yes, I get that, and I believe it. Forgiveness is possible because of the cross. But that doesn’t seem to be the same as being freed from sin. After all, we can sin, be forgiven, and then sin again.”

Tawnya looked out over the parking lot at Riverside Methodist. “I remember that I asked my grandfather about sin after church one Sunday. He showed me a vase that had been in the family for generations, one that he had broken accidentally and then repaired. He said that when we sin, we shatter our relationships with God and each other. Then Jesus comes along and glues us back together through forgiveness. I thought about this for a minute, looked closely at the vase, and then said, ‘But Grandpa, I can still see the breaks.’”

“That’s it,” said Harley. “That’s the key question. How do we fix the cracks?”

New life in the Spirit

“I think that comes from the Spirit,” Tawnya offered. “Do you have your Bible with you, Pastor?” Harley shook his head. “Well then, give me your phone.” She quickly pulled up an internet Bible, and typed in Romans 8.

“Comes from being in church every Sunday,” she said. “Here it is; ‘But you are not in the flesh; you are in the Spirit, since the Spirit of God dwells in you.’ That’s in the chapter right after the one you are preaching on.”

“So Jesus rescues us from sin,” said Harley, thinking aloud. “And then the Spirit lives in us. The Spirit heals the wounds.”

“That’s how I understand it,” Tawnya agreed, handing Harley’s phone back to him. “Paul talks somewhere else about ‘the new life of the Spirit.’”

“We Methodists are probably not as tuned into the Spirit as we should be,” admitted Harley. “The Spirit is wild and unpredictable, and that makes us uncomfortable. Reminds us of faith-healing and speaking in tongues.”

“But that’s not all the Spirit does,” said Tawnya.

The wind of the Spirit

“You’re right,” said Harley. “I have felt the Spirit. It has calmed me and guided me. I also believe that the Spirit pulls us together, all of us, and makes us the Body of Christ in the world.”

“Sounds like a healing power to me,” Tawnya said. “Christ forgives us and the Spirit unites us. And I like what you are saying about the Spirit being active in the community, the church, the Body of Christ.”

Suddenly, it hit Harley that he had been fighting too many battles alone. Over the past year, whether he was calling for global justice or nursing his own personal wounds, he acted in isolation. He was a lone voice in the wilderness, a bitter man holding on to his resentments. But these efforts usually ended in frustration and loneliness, because they ignored the presence of something much bigger than himself.

Harley had always believed that God worked most powerfully through communities, but he had been neglecting this truth since the deaths of Jessica and Karen. His pain simply wouldn’t allow it. Now, he felt a sudden sense of relief that he didn’t have to be alone in his grief and anger and frustration, because the Spirit was with him, really with him. Harley realized that he needed to switch boats. Instead of doing the exhausting work of rowing all by himself, it was time for him to jump into a sailboat and allow the wind of the Spirit to push him forward.

“Thanks, Tawnya,” Harley said. “I think you’ve given me the end of my sermon.”

“Happy to help,” she said, giving his hand a squeeze. “Hope it’s a good one. Now, I better get my pie and head home.”