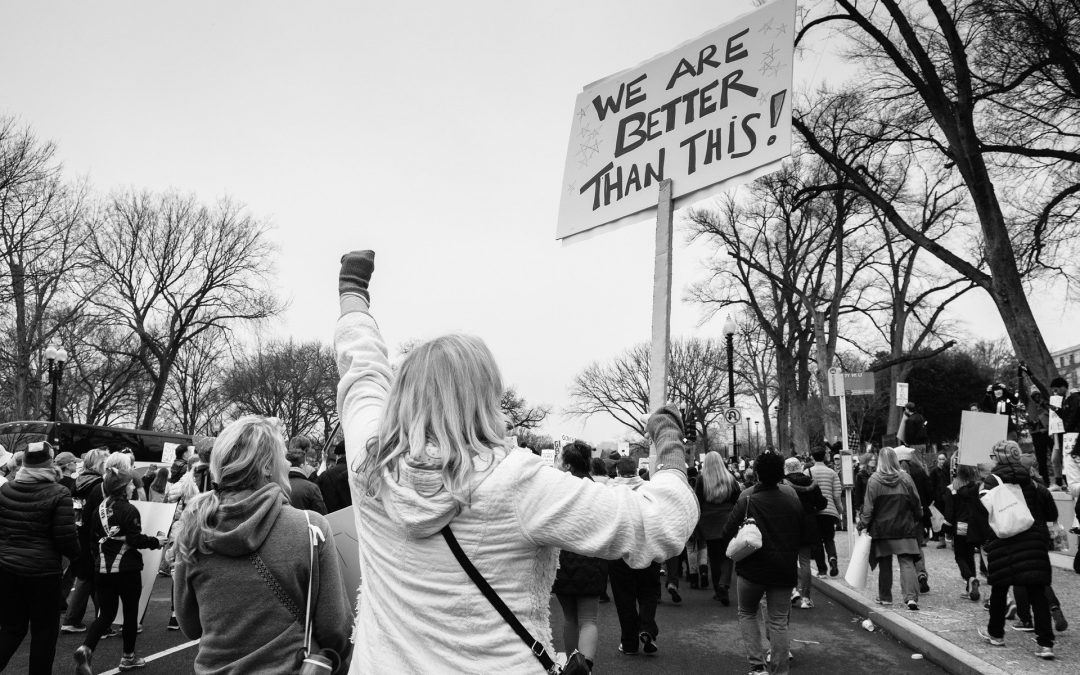 One Sunday morning, a rock was thrown through the window of the Riverview Bakery. A few hours later, Harley Camden was standing before his congregation, which was surprisingly large for August.

Harley read the scripture verse from First Corinthians and admitted that it was not the passage printed in the bulletin. “I changed my scripture and sermon because of what happened this morning at the Riverview Bakery. As some of you may have heard, our neighbors were attacked once again. The Bayatis had a rock thrown through their window.” A murmur went through the congregation, and Harley saw looks of concern.

“I have chosen First Corinthians,” he continued, “because we are a congregation with ‘varieties of gifts.’ Some of you are teachers, some are doctors, some are builders, some are analysts, some are caregivers, some are civil servants. There is virtually no challenge in our community that we cannot tackle and overcome, as a group. But I am afraid that we sometimes forget this, or at least I do. We try to face problems as individuals, forgetting that our skills and our strengths are seen most clearly in a united community. That is why the apostle Paul says that there are ‘varieties of gifts, but the same Spirit.’ Our many different gifts are connected to one united Spirit. I am convinced that we have not yet tapped into the power of this Spirit.”

Harley sensed that he had their attention, with many starting to wonder where he was going. Talk of the power of the Spirit was not always welcome in Methodist churches, where people were not comfortable with worship that felt out of control.

Gifts of the Spirit

“Here is the thing about the gifts of the Spirit,” Harley continued. “Although we often think of speaking in tongues or faith-healing, the gifts of the Spirit are much broader. They include any skill or talent that advances Christ’s work in the world, and they are given to everyone. Paul says, ‘To each is given the manifestation of the Spirit for the common good.’” Harley saw a few nods in the congregation but also some confusion.

“Do you know what ‘manifestation’ means?” There were a few more nods, but also some blank looks. “I didn’t,” he admitted, “so I had to look it up this morning. Manifestation means ‘an action or fact that clearly shows something.’ Each of us is given a gift from God that clearly shows the reality of the Spirit to the world. It is through each of us that people can see the presence and the power of the Spirit. They see it in our teaching, our healing, our building, and our caregiving. And here is the most important thing about these gifts: ‘to each is given the manifestation of the Spirit for the common good.’ Each and every one of these gifts support the common good. If they do not serve all of God’s people, they are not true gifts of the Spirit.”

The dark side of charisma

Harley went on to say that charismatic leaders had gifts—in fact, the Greek word charisma was used in First Corinthians and it meant “gift.” But there was a dark side to charismatic leaders, and it usually involved tunnel vision, isolation and arrogance. Such leaders felt that they were above the community and its standards, with freedom to pursue their own agendas, and they rarely pursued the common good. Harley talked about cult leaders who convinced their followers to commit suicide, and terrorists who inspired their underlings to engage in suicide bombings.

“I have felt the consequences of this dark charisma very personally. My wife and daughter were killed by a man who blew himself up in an act that would be considered abhorrent in the wider Muslim community. But because he was influenced by isolated extremists, he destroyed himself and my family.”

The congregation sat still and riveted.

Gifts that advance the common good

“Terrorism is a manifestation of evil,” Harley concluded. “It is an act that clearly shows the reality of hatred in the world. I have seen it and felt it. I know it. But fortunately for us, there are gifts available to us that are manifestations of the Spirit, gifts that advance the common good. I have found that when we work together as one community, using the full variety of our gifts, we act in ways that show the reality of God’s love to the world, a love that drives out darkness, a love that undermines hatred, a love that actually conquers evil.”

Harley got an “amen” and a ripple of nervous laughter. Most were not accustomed to call-and-response preaching in their orderly suburban church.

“So here is what I challenge us to do today. After worship, let’s walk as a group to the Riverview Bakery. Let’s walk as one body, as the Body of Christ, as the physical presence of our Lord in the world today. Let’s line up and support this business as a manifestation of the Spirit, as an act that shows the reality of our love. Let’s be one Spirit-filled body.”

Looking out over the congregation during the closing hymn, Harley felt strongly that he was being led by the Spirit of God, with the support of a large number of his church members. In fact, when he gathered with the congregation in the parking lot after the service, he was shocked by the number of people who were interested in walking to the Riverview Bakery.

There had been close to a hundred people in worship, and Harley guessed that about seventy-five were ready to march. One white-haired woman even tugged on his sleeve after he gave the benediction, saying that she wanted to participate but couldn’t walk that far. She said that she would have her son drive her and drop her off at the bakery. Harley smiled. “Of course,” feeling proud to be her pastor.