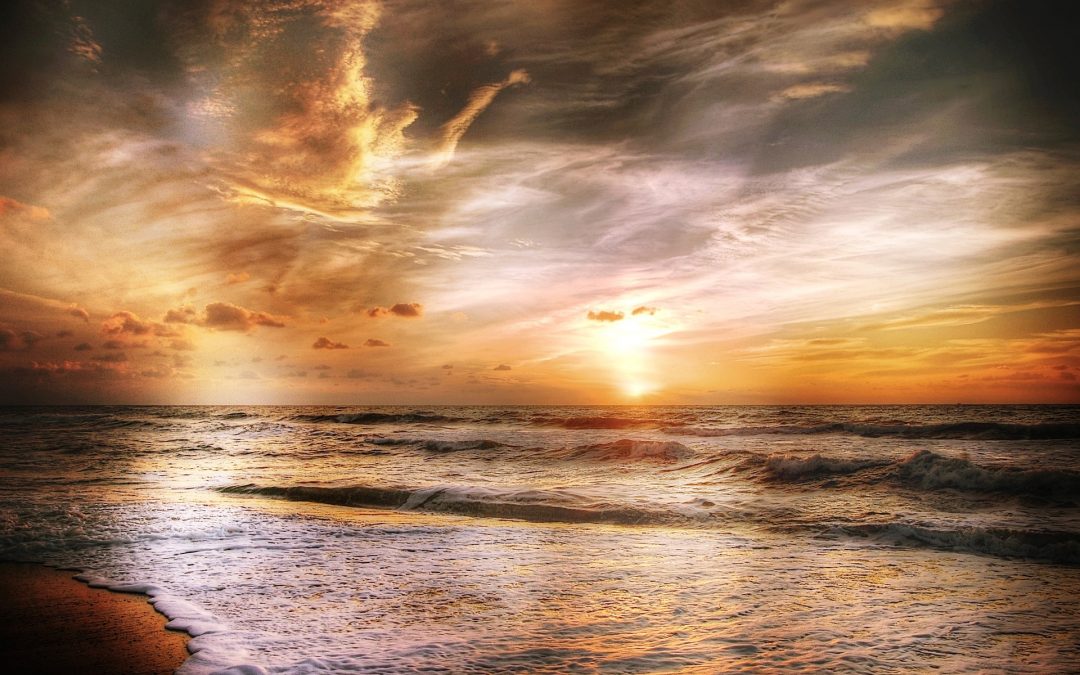 The first book in the Bible is all about beginnings. Bereshit is the first Hebrew word in the book, translated into English as “in the beginning,” which gives the book its name in the Jewish tradition. When the Hebrew Bible was translated into Greek, the book was called Genesis, which means “origin,” a name which continues to be used in our English Bibles. Genesis is the origin story for the entire spiritual adventure that follows, from the creation of the heavens and the earth (Gen 1:1) to the arrival of a new heaven and a new earth (Rev 21:1).

The book begins with God creating the universe when “the earth was a formless void and darkness covered the face of the deep” (Gen 1:2). God did not create the universe out of nothing, but instead made it out of a dark, formless, watery, and chaotic space—something we might imagine as swirling gas or liquid. Genesis makes clear that God was distinct and entirely separate from creation, saying that “a wind from God swept over the face of the waters” (Gen 1:2).

The Hebrew word for “wind” is ruah, which can also be translated “spirit” or “breath.” While we English-speakers feel a need to use different translations of this word in different biblical stories, the word in Hebrew is the same. It reminds us that God’s Spirit can come to earth as a mighty wind, such as on the Day of Pentecost (Acts 2:1–4), or in a gentle breath, as when Jesus breathed on the disciples and said, “Receive the Holy Spirit” (John 20:22).

On the first day, God created the powerful light that is absolutely essential for life, using only the words, “Let there be light” (Gen 1:3). God saw that the light was good, and then God separated the light from the darkness. God used a set of words to bring order out of chaos—creative speech that God has continued to offer through all of history. God has continued to speak through the words of the prophets, through the preaching of apostles, and most powerfully through the teachings of Jesus, the Word of God in human form (John 1:14). In the chaos of 21st-century political posturing and cultural conflict, we need these divine words more than ever.

The power of words

In my novel City of Peace, a Methodist pastor named Harley Camden speaks about the power of words. “I’m convinced that words create reality,” Harley explains. “It’s a very biblical idea. Think of God creating the world in Genesis, saying ‘Let there be light,’ and there is light. Jesus is described in the New Testament as ‘the Word.’ When Martin Luther King Jr., said, ‘I have a dream,’ people began to see a vision of a new world of equality. Words create reality. Whether we say ‘I love you’ or ‘I hate you’ makes a huge difference.”

Words are critical to the creative work of God. This continues on the second day of creation when God said, “Let there be a dome in the midst of the waters, and let it separate the waters from the waters” (Gen 1:6). We may wonder about this talk of a dome that separated the waters under the dome from the waters above it, because we know from the work of NASA that there is, in fact, no dome above us in the sky. But the writers of Genesis based their words on what they observed, and when they looked up they saw a blue dome. This barrier kept the waters above the dome from falling to earth, except when “the windows of the heavens were opened,” as they were in the Great Flood (Gen 7:11). Even today, we adopt this ancient understanding when we look outside at pouring rain and say, “The heavens have opened.”

On the third day, God spoke the Seas and Earth into being, and out of the Earth came vegetation. God saw that these developments were good. From the very beginning of the Bible, the world is described as fundamentally good in every dimension, from fruit seeds to human bodies. As a result, people of faith are invited to see the world and life itself as good gifts of God, instead being suspicious or distrustful of what God has created.

On day four, God made lights in the dome of the sky, and then on the fifth day was the creation of creatures in the waters, birds and sea monsters. On the sixth day, God created cattle, creeping things, and wild animals. Then God said, “Let us make humankind in our image, according to our likeness …. So God created humankind in his image … male and female he created them” (Gen 1:26–27).

Finally, on the seventh day God finished the work of creation by resting. God took a Sabbath day and instructed us to do the same—to cease our work, to rest, to recover, and to remember that our value comes not from what we do, but from who we are—creatures made in the image of God. Genesis is all about beginnings, from God’s word that created light to God’s rest that established the Sabbath. The creation story is the first of the Bible’s greatest hits, because it tells us that God has made a world for us to enjoy, full of things that are not just good, but “very good” (Gen 1:31).

Coming soon: My new book The Bible’s Greatest Hits: Top 66 Passages from Genesis to Revelation (Wipf and Stock, 2021). Written for private devotion and group discussion, the book contains the best in biblical scholarship as well as practical connections to daily life, along with questions for reflection at the end of each chapter.