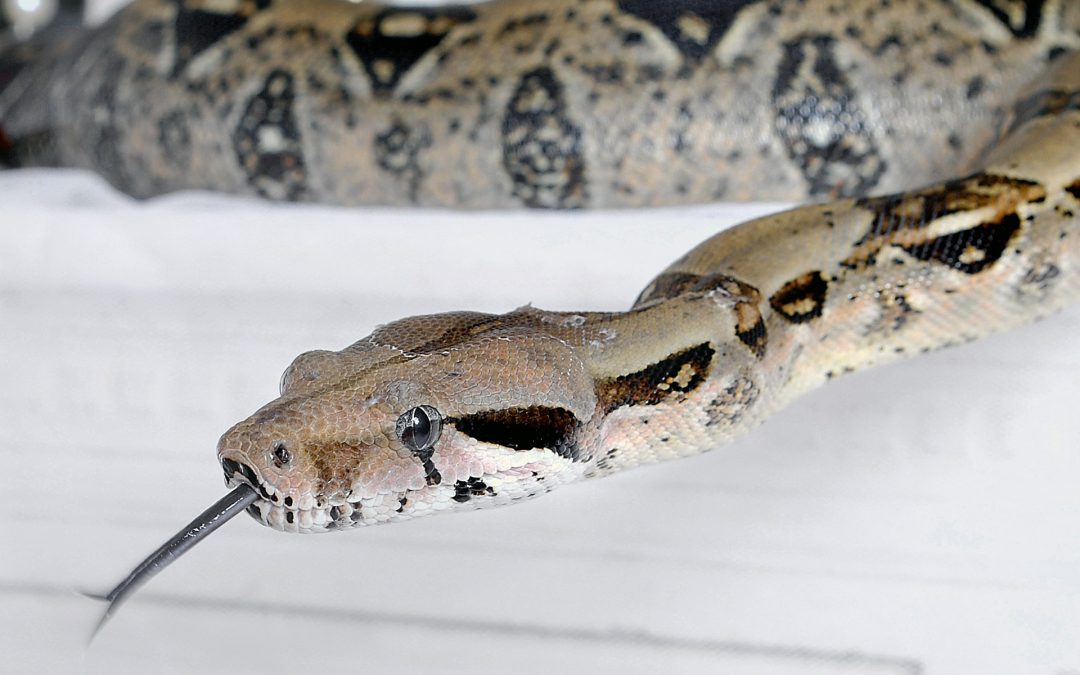 Because it is filled with many numbers and census lists, the fourth book of the Bible is called “Numbers.” Early in the first chapter, God says to Moses, “Take a census of the whole congregation of Israelites” (Num 1:2). But the Hebrew tradition calls the book Bamidbar, which is translated into English as “in the wilderness.” The people of Israel remain in the wilderness for the length of this book, moving from Mount Sinai toward the Promised Land.

The Bible’s greatest hit in the book of Numbers is a curious little story about a bronze serpent. As the people of Israel traveled around the land of Edom, they became impatient and spoke against God and Moses, saying, “Why have you brought us up out of Egypt to die in the wilderness?” (Num 21:5). Now impatience is something we all feel from time to time, whether we are stuck in traffic or waiting for someone to serve us. Usually, we become impatient when our expectations are not met.

What got the Israelites in trouble was their expectation that Moses and God would give them a quick and comfortable trip to the Promised Land. When Moses and God did not conform to their expectations, they became impatient. If the Buddha had been with them on their journey, he would have told them that expectations cause suffering. The people also fell into complaining about having no food, even though they were being given manna in the wilderness. They were like the old joke about senior citizens at a resort. One says, “Boy, the food at this place is really terrible.” The other says, “Yeah, and such small portions.”

As a result, they were invaded by a dangerous species of “poisonous serpents” (Num 21:6). The serpents were an invasive species, similar to the creatures now coming from overseas on ships and planes and invading the United States: Asian tiger mosquitoes, Northern snakeheads, Mexican fruit flies, and brown marmorated stink bugs. These creatures are dangerous because they have no natural enemies in the US, and they do extensive damage to our landscape, vegetation and wildlife. Their invasions are not so much the will of God as they are the result of human activity, just as the arrival of the poisonous serpents was the result of the sinfulness of the Israelites.

A solution to sin

The people of Israel needed help with their invasive species, so they confessed their sins and asked for Moses to pray that God would take away the serpents. Moses prayed and God said, “‘Make a poisonous serpent, and set it on a pole; and everyone who is bitten shall look at it and live.’ So Moses made a serpent of bronze, and put it upon a pole; and whenever a serpent bit someone, that person would look at the serpent of bronze and live” (Num 21:8–9). The word “poisonous” comes from the Hebrew seraph and can also be translated “fiery.” The same word is found in Isaiah, when a seraph flew to the prophet, holding a burning coal (Isa 6:6).

God offered an innovative solution to their problem, and it worked perfectly. Whenever snake-bit people looked at the serpent of bronze, they survived. The power of the serpent of bronze did not come from magic, but from its ability to inspire the people to move their focus from themselves to God. Healing came from looking up at the serpent with faith, and to trust its ability to connect a person to the power of God. This set a pattern for all the generations of people that followed, including us. Whenever we are bitten by sin, we can look to God and live. Sins of impatience and complaining are as real for us today as they were for the people of Israel, and when we look at the book of Numbers, we cannot help but see a portrait of ourselves.

This biblical story may seem obscure to us, but Jesus knew it well. That’s why he used it to describe himself in the Gospel of John, saying, “Just as Moses lifted up the serpent in the wilderness, so the must the Son of Man be lifted up, that whoever believes in him may have eternal life” (John 3:14–15). Jesus tells us that when sin bites us, all we have to do is lift our eyes. High on the cross is the Son of Man, inviting everyone who believes in him to receive forgiveness and eternal life.

The above excerpt is from the chapter on Numbers. Written for private devotion and group discussion, the book contains the best in biblical scholarship as well as practical connections to daily life, along with questions for reflection at the end of each chapter. Available in hardcover, paperback, and kindle.