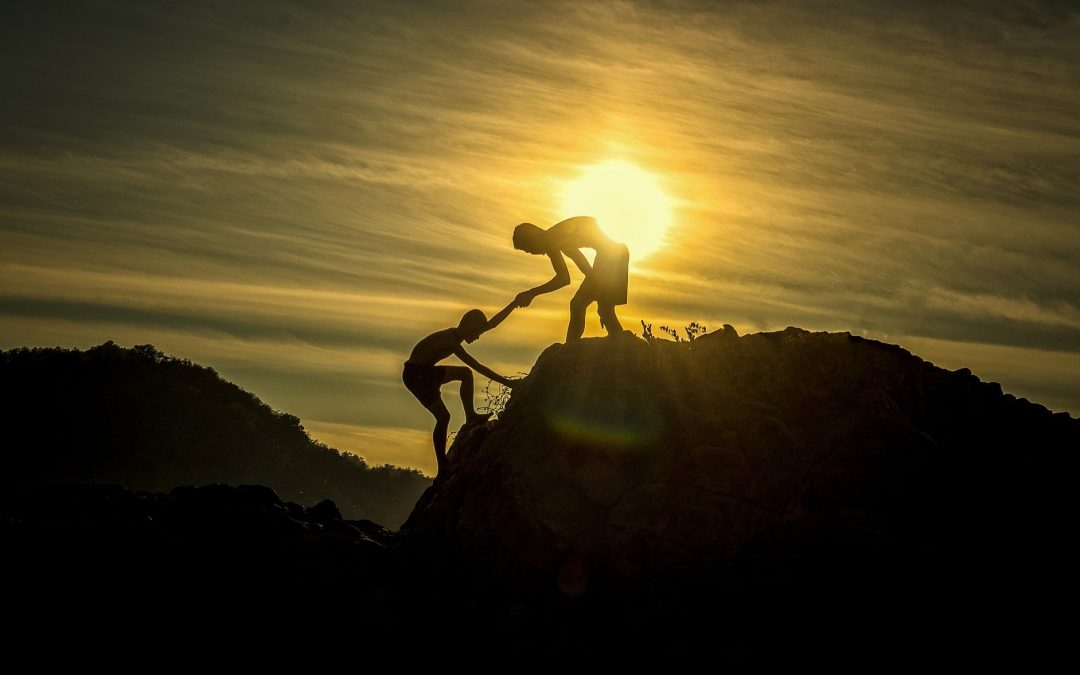 The Gospel according to Luke is part of a two-volume work, with the second book being the Acts of the Apostles. Luke mentions women more than the other Gospel-writers, and has special concern for people on the margins of society, including the sick and the poor.

His Gospel frames “good news” in a very specific way: “The Spirit of the Lord is upon me,” said Jesus in Nazareth, quoting the prophet Isaiah, “because he has anointed me to bring good news to the poor. He has sent me to proclaim release to the captives and recovery of sight to the blind, to let the oppressed go free, to proclaim the year of the Lord’s favor” (Luke 4:18–19).

For Luke, the ministry of Jesus was one that reversed expectations by directing attention to those who were usually overlooked: Women, the poor, captives, the blind, and the oppressed. Jesus’ situational awareness was always oriented toward people in need.

Jesus focused attention on vulnerable people with the precision of the tech company Facebook, which has launched a feature called “Disaster Maps.” According to Fast Company magazine, this feature gives disaster responders a better sense of what is called “situational awareness”—real-time data that shows where the most vulnerable people are located.

As a calamity is unfolding, these maps can provide aid groups with data on where people are and what they are doing, helping first-responders know where to place resources and how to evacuate people. Already, Facebook has used Disaster Maps in more than 100 crises, including hurricanes, wildfires, and a volcano eruption in Bali.

Jesus came to Nazareth to create a Disaster Map, one that focused on the areas of greatest need and enabled him to help people as a powerfully effective healer. He went directly from the synagogue in Nazareth to the town of Capernaum, where he cleansed a man with an unclean spirit, healed the mother-in-law of Simon Peter, cleansed a leper, and healed a paralytic. Jesus wanted to eliminate any physical or spiritual condition that prevented people from enjoying fullness of life, so he always kept them at the center of his Disaster Map.

Christ’s work continues today whenever Christians focus on areas of greatest need. This happens in the practice of medicine and counseling, and when people who struggle with addiction find recovery in 12-step groups, whether they are addicted to alcohol, narcotics, or sex.

Finally, Jesus proclaimed “the year of the Lord’s favor” (Luke 4:19). This meant that all of his talk about good news, release, recovery, and freedom was coming true in that moment! He was not talking about good things in heaven, but was saying that God was showing his favor at that time. “Today this Scripture has been fulfilled”—not tomorrow (Luke 4:21). His situational awareness was directed toward immediate needs, and so was his healing and help.

Jesus made a dynamic response to human need, showing deep concern for the most vulnerable people. This passage is one of the Bible’s greatest hits because it shows that Jesus wants to bring good news to the poor, release to the captives, healing to the sick, and freedom to the oppressed.

The above excerpt is from the chapter on Luke. Written for private devotion and group discussion, the book contains the best in biblical scholarship as well as practical connections to daily life, along with questions for reflection at the end of each chapter. Available in hardcover, paperback, and kindle.