The Witches of Occoquan 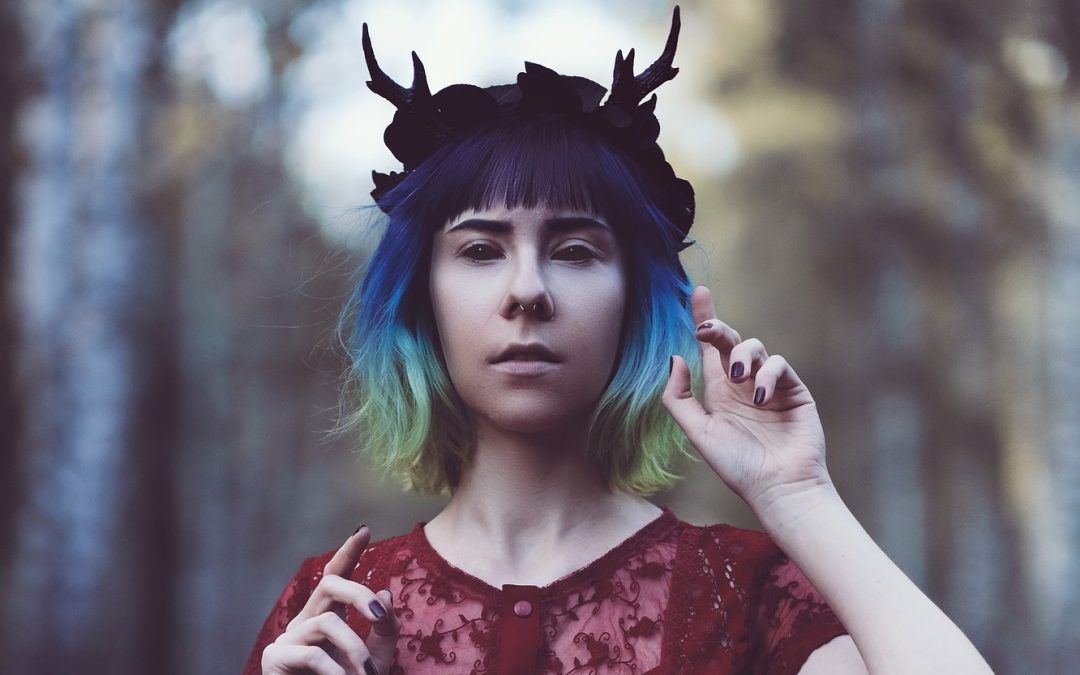 Viv Bennett is a teenager who is looking for peace, contentment, and connection. According to The Washington Post, Bennett meditates, uses tarot cards, and tries to connect to various energies, gods, and goddesses.

Writes journalist Michelle Boorstein, “Bennett practices witchcraft, part of a panoply of multiple nature-based spiritual practices whose growing popularity can be measured in book sales, social media activity and research. Young Americans in particular are revamping mystical language and ancient rituals for their gender-fluid, write-my-own-rules, insta-worthy world. Like Bennett, many other teens discussing witchcraft these days on social media — the hashtag #witchtok on the youth-oriented site TikTok has 19.4 billion views — are looking for a personalized practice that taps into their own spiritual power and identity and feels authentic.”

Like many teenagers, Bennett is a spiritual seeker. But the search for higher truth is being done through nature and the self, not through scriptures and traditional religious institutions.

A jump into the dark

In my new mystery novel Windows of the Heavens, a Methodist pastor named Harley Camden makes a discovery about nature-based religion in his hometown of Occoquan. It happened on a September night.

On an evening walk, the streetlights that dot the perimeter of River Mill Park were not working, so the place was strangely dark and its blacktopped walking path vanished quickly in front of Harley, disappearing into the void. At the entrance of the park he hesitated, feeling as though he were about to jump into a dark and mysterious lake, not knowing the depth of the water or what hazards lay below the surface.

But Harley was well acquainted with the park, having lived in Occoquan for a little more than a year. He had been sent there by his bishop to serve as the pastor of tiny Riverside Methodist Church, after the deaths of his wife and daughter—a reassignment that had felt like a demotion.

The town of one thousand was a peculiar little community in the suburban sprawl of the Nation’s Capital, located on the river that separates the million residents of Fairfax County from the half-million citizens of Prince William County. Founded in 1734, the village was a mix of historic buildings and brand-new structures, with run-down craft shops sitting right next to the trendiest of wine bars.

Fortunately, the moon was full on that Monday night, and the park was bathed in an unearthly glow. Once the streetlights of the town were behind him and his eyes had time to adjust, the moonlight gave him sufficient illumination to find his way.

Stepping into the park and beginning his walk along the path, he saw that the moon made everything look like it had been painted in various shades of teal, which was an odd color for the placid Occoquan River to his right and the hulking oak trees to his left. But Harley began to enjoy this unusual filter on the familiar scenery, and soon noticed that there were eerie moon-shadows under the park’s benches along the way.

Then, as he was nearing the western end of the park, he saw another light—yellow flames dancing out of the top of a large steel drum. Dark silhouettes were moving in front of the flames, figures walking slowly in a circle. His heart beat faster, and Harley wondered if he should turn around and head home. Caution pulled him one direction and curiosity the other, and as he stopped and stood in place, he began to hear people chanting in a strange, guttural language.

The group was made up of about a dozen people dressed in loose, flowing clothing, and they seemed to be riveted on each other and on the flames at the center of their circle. Then his heart jumped as he realized what he was seeing—the witches of Occoquan.