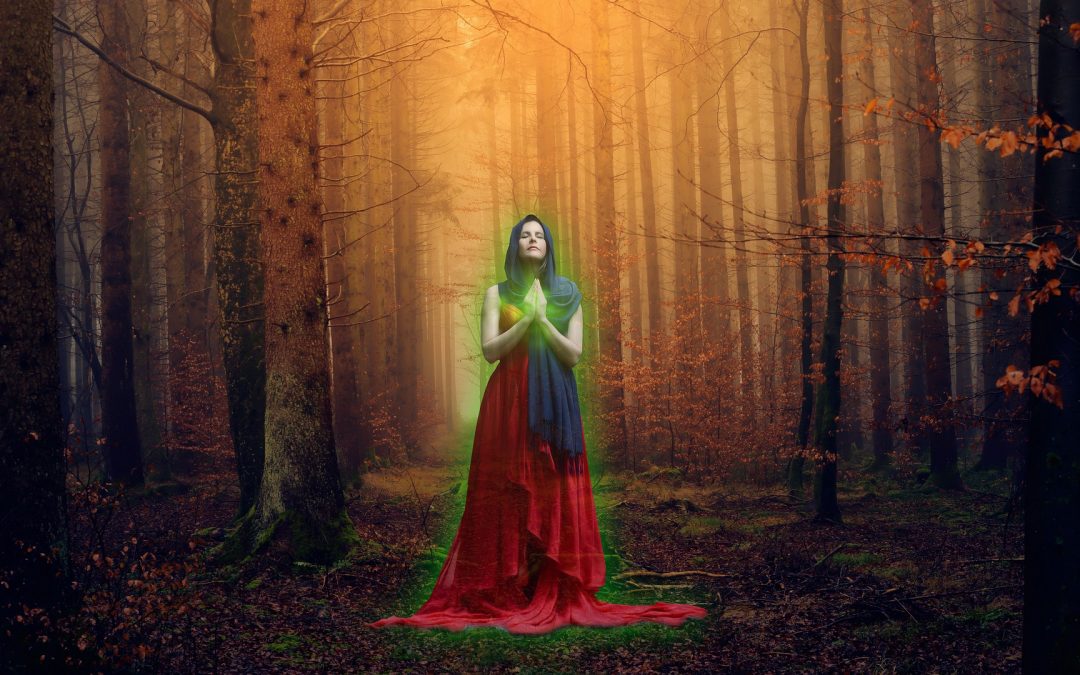 Bible Gateway is a website that allows people to read and search the text of numerous translations of the Bible. In the year 2021, searches for the words “sorcery” and “sorceries” saw the biggest spike, increasing 193 percent over the previous year.

The topics people search for each year are always interesting, according to Jonathan Petersen, content manager of the website. But this year’s may be the “most intriguing,” he said.

The reason for this increase is not because witchcraft is becoming trendy, says Religion News Service. No, writes Petersen, curiosity about what the Bible says about sorcery is related to interest in the Greek word “pharmakeia.” The word means “employment of drugs for any purpose; sorcery, magic, enchantment.”

Sorcery in the Bible

In recent months, pharmakeia has appeared in debates over COVID-19 prevention measures. In particular, it has popped up in arguments by some charismatic and evangelical Christians who oppose using vaccines in the fight against COVID.

Sherri Tenpenny, an osteopathic doctor and anti-vaccine activist, used the term this past year during an Instagram Bible study. She criticized pastors, priests and rabbis who closed their houses of worship during the height of the COVID-19 pandemic and later opened them as vaccination centers, “pleasing the pharmakeia, the sorcerers, no doubt,” she said.

Danny Gokey, a Christian singer and former “American Idol” contestant, also referenced “pharmakeia” in a series of tweets linking COVID-19 vaccines to the “mark of the beast” mentioned in the biblical book of Revelation.

Witchcraft in the woods

A different kind of sorcery is practiced in a chapter of my new mystery novel Windows of the Heavens. Methodist pastor Harley Camden met a witch named John Jonas when he was walking through the woods. “I’m serious about everything having power,” said John to Harley. “We embrace it all. You Christians get all holier-than-thou and pretend that you are such a force for good, but you are not. You do as much evil as anyone, but you deny it. We have no problem with pride and personal freedom and individualism.”

“We are certainly sinners,” admitted Harley. “None of us is all good.”

“We embrace the evil and the good,” John continued. Using his walking stick as a pointer, he swept it across the scene in front of them. “Nature is a fierce and violent system. Hawks use their talons to pluck fish out of the river, snakeheads eat frogs, coyotes attack chickens. Humans are violent, too, and always have been. It is part of our nature. We don’t deny it. But everything should be kept in balance, whether the system is a river or a forest or a town or a city. Even if the system is two people, or two groups of people, or two nations—balance is the goal, through violence if necessary.”

Harley looked at him and asked, “But is violence the best tool?” Gazing into his dark eyes, Harley sensed that John would not hesitate to use violence if it suited him.

“Not the best tool,” he admitted, “but one tool of many. Violence and non-violence. Hate and love. Aggression and gentleness. All are forces that can be used and should be used. They are as real as electricity or x-rays or radio waves. And we believe that these powers can be controlled. That’s what we do when we gather.”

“So, you cast spells?” asked Harley.

John said, “We do.” Harley felt a rush of fear, but also curiosity.

“Watch this,” said John. “See those moths?” There were dozens of moths fluttering around them in the gloaming, the growing dark of the woods. Harley might not have noticed them unless they had been pointed out, but once he saw them, he realized they were all around, dancing in playful spirals and loops among the trees. John pulled his car keys out his pocket, made a guttural sound, and shook the keys at the insects. The moths fell to the ground, as lifeless as stones.

“Curses,” repeated Harley, stunned by what he had seen.