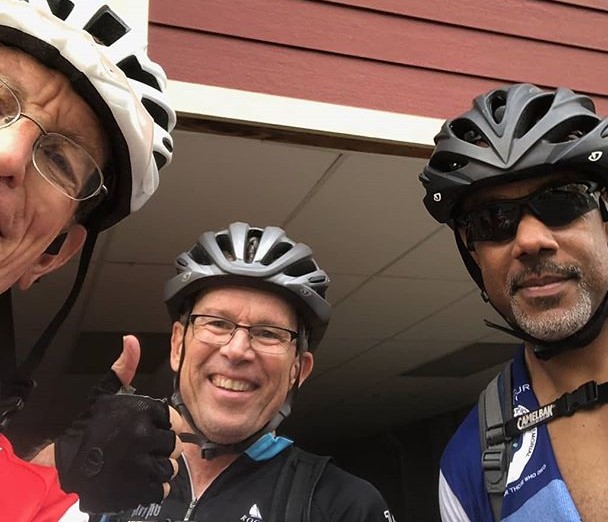 As a teenager, Phanta Lansden battled obesity, anxiety, and self-doubt. She was bullied because of her weight. By the time she reached her mid-20s, she weighed almost 300 pounds. Later, as senior pastor of St. James Presbyterian Church in Greensboro, North Carolina, she knew she had to take action to lose weight.

According to Presbyterians Today, Lansden began with prayer. “When the days get hard, pray,” she said. “When you’re frustrated because you may not see the changes you want to see, keep praying through. Look for the glimmer of light whether there is small progress or large progress, hold on to that until the next piece of the journey continues to unfold — until you reach your goal.”

Lansden began with a five-pound weight-loss goal. “Once I hit the five, I celebrated,” she said; “then I said, ‘I’ll do five more.’ When I got to 30 pounds, I said, ‘I’m going to buy myself a new outfit.’” In the end, she lost over 100 pounds, and in 2019 she completed the Charlotte Marathon.

God desires that we live whole

Faith and fitness are central to Lansden’s ministry. Seniors take part in fitness classes at her church, and members of all ages join the CROP Hunger Walk each October. She stresses good nutrition as well. “As a pastor, I challenge people to think of ways we can eat healthier,” Lansden said. For example, when the congregation hosts funeral receptions, they may have heart-healthy baked chicken alongside the fried chicken. “It’s just thinking of ways to shift the culture to think healthier,” she said.

“The holistic aspect of wellness isn’t solely spiritual,” Lansden said. “The healing journey manifests in our spirits, minds and bodies. God desires that we live whole. The journey is hard, but it is possible with God and completely worth every sacrifice to live free.”

Pastor Harley Camden, the main character in my novel Windows of the Heavens, discovered that physical fitness was a key to his spiritual fitness. At his fortieth birthday party, a Catholic priest friend challenged him to run the Marine Corps Marathon. The goal seemed crazy, since Harley had no experience as a runner, and the prospect of running twenty-six miles was daunting.

But Harley needed a midlife challenge. His priest friend had run several marathons, so he gave him some tips and turned him loose. The first time Harley hit the road, he ran for three minutes and had to stop, gasping for breath. But after walking for seven minutes, he was able to run for another three, and then he walked another seven and ran three.

Exercise keeps body and soul together

The priest was right. Six months after beginning his training, Harley finished the Marine Corps Marathon in a respectable four hours and twelve minutes. He felt as if he’d been through boot camp, but his wobbly elation at the finish line made the pain worthwhile.

Marathon training quickly became a meditation for him, an opportunity to think, dream, pray, and problem-solve. He came to appreciate how exercise cuts through the clutter of life and gives the gift of simplicity for a few hours each week. In a career dominated by phone calls, emails, meetings, counseling sessions, and sermon preparation, Harley found that it was calming to spend time focused only on the path ahead.

Walking and running became the very best way for him to keep body and soul together. He discovered the truth of what pastor Phanta Lansden said: “The healing journey manifests in our spirits, minds and bodies. God desires that we live whole.”