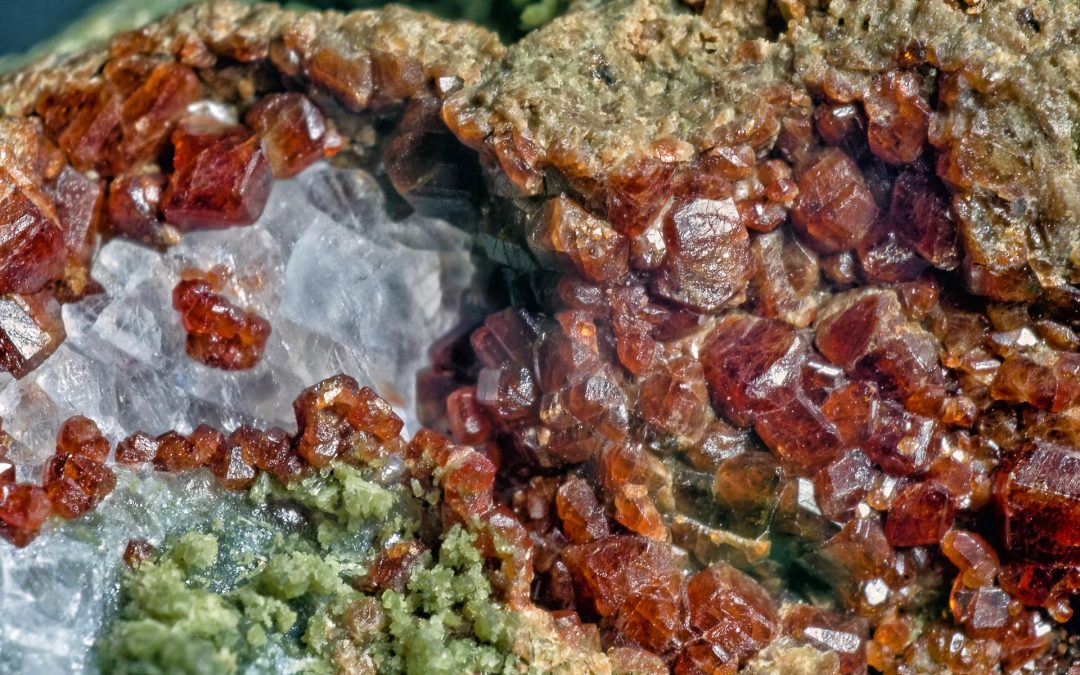 A gray rock outcrop stands in the hills of northern Connecticut, according to Yale Alumni Magazine. I thought of these rocks as my wife and I drove through Connecticut just a few weeks ago, as we headed to Maine for vacation. Looking at these rocks today, you would not know that they were once buried one hundred miles below the earth’s surface.

Let that number sink it. One hundred miles below the surface of the earth.

So, how did these rocks get to where they now stand? About 400 million years ago, a piece of the seabed was pushed deep under that land that is now the North American continent. Way below the surface is where earthquakes originate and mountains are born, and these particular rocks were created as the Appalachian Mountains were forming. Slowly, over millions of years, they made their way back to the surface.

“It’s so unusual to have rocks that return from that depth,” says a grad student named Duncan Keller. “The vertical height that these rocks traveled was about 23 times the height from sea level to the top of Mount Everest.”

God is a rock

Keller and a geology professor discovered Garnet in this Connecticut rock. Garnet is a hard, red mineral that is special because it can exist “only under the extreme pressure present at 100 miles below the surface of the Earth.” This mineral can tell us the story of a rock because it preserves important information about depth and temperature. Garnets are “snapshots of what’s going on in the rock at every little interval of growth,” says Keller. They are “like tree rings.”

Garnet is old, deep, and able to handle extreme pressure. It can travel great distances, even through the crust of the earth. That’s why it describes a “Garnet God.”

“In you, O LORD, I take refuge,” says the writer of Psalm 71 (v. 1). The writer may have been ill, or getting old, or suffering from mistreatment from “unjust and cruel” people (v. 4). Whatever the circumstances, the speaker has a very personal relationship with God, addressing the LORD directly.  “In your righteousness deliver me and rescue me,” says the writer; “incline your ear to me and save me” (v. 2).

The author of Psalm 71 is not afraid to ask for help. They know that they cannot overcome their troubles alone. They are painfully aware that their life depends on a Garnet God, just as all of our lives depend on the firm foundation of the solid rocks of the earth beneath us.

In my novel Windows of the Heavens, a Methodist pastor named Harley Camden took an evening walk along the bank of the Occoquan River. The sun had set, but there was still enough light to illuminate the charcoal gray outcroppings of rock that rose up from the edge of the river. Harley knew that these Virginia rocks were old, formed about 300 million years ago.

Harley’s life was in chaos, and he needed to find stability. Putting his hands on a rock by the roadside, he began to make a connection with something much bigger than himself. Sitting down on the rock, he had the strange sensation that his center of gravity was moving down, down, down … deep into the stone beneath him.

What, he wondered, had this massive rock witnessed as it looked over the Town of Occoquan? Native Americans and settlers, Revolutionary soldiers and Redcoats, slave-owners and abolitionists, blacks and whites, Jews and Christians and Muslims. The rocks had seen it all, standing silently above the fading light on the Occoquan River.

Nature has lessons for us

We can find signs of a Garnet God all around us, if we take the time to look. Later in Windows of the Heavens, Harley Camden talks with a woman who has a tattoo of a Celtic cross on her shoulder — a cross with four arms connected by a circle.

“Take a look at your tattoo,” Harley says. “It has the cross of Christ, which tells us that Jesus died to free us from our sins. But it also has a circle, which represents the sun … the glory of God in creation.”

She has been deeply hurt by others, so she doesn’t like the idea that forgiveness is easily available. She says, “I don’t like Jesus letting sinners off the hook.”

“I understand,” Harley says.  “Jesus should be honored for his many sacrifices, not just on the cross. The Bible tells us that Jesus came to serve others, and to help people with their struggles. This life of sacrifice is balanced by the glory of God that is found everywhere in the world:  Sun, moon, air, water, earth.”

When life becomes chaotic, we can find stability in a Garnet God.  The one who created the heavens and the earth is the same one who desires to be a rock of refuge for us. God can handle any pressure, and will travel any distance to help us.