The War Against Witches 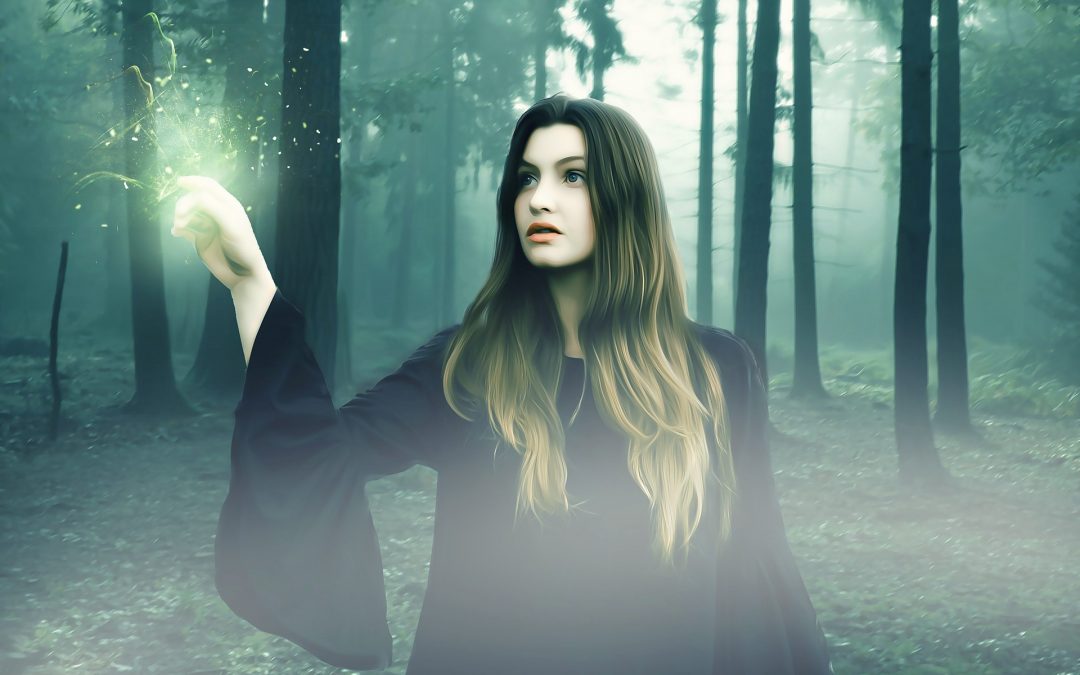 WitchsFest USA was a street fair held in New York City’s West Village in July. In attendance were pagans and witches, as well as Christian protesters and street preachers. “There were about 30 [evangelists] this year,” said Starr RavenHawk to The Washington Post. She is an elder and priestess of the New York City Wiccan Family Temple.

Protesters and preachers have long been attracted to religious gatherings of pagans and witches. “But this year,” reports journalist Heather Greene, “some attendees say, these opponents of witchcraft and paganism have become more aggressive and even dangerous.”

RavenHawk said that in recent years, about a half dozen disrupters would show up. But the groups that have appeared this year “aren’t just protesting,” she said. “They are collectively at war with us. They made that clear.” Evangelists and street preachers walked through WitchsFest, holding up signs and preaching through amplifiers. Their presence caused some classes to be cancelled and some vendors to close their operations. Two vendors told RavenHawk that they “didn’t feel safe.”

American pagans and witches do not have houses of worship linked by denominational networks. As a result, they share information and mutual support at assemblies such as Pagan Pride and Between the Worlds. While some gatherings are held inside conference centers or hotels, many are outdoors in spaces that are hard to secure.

In 2016, the Nashville Pagan Pride Day was visited by street preachers with signs, Bibles and a bullhorn. In 2017, the Keys of David church protested Philadelphia Pagan Pride Day. In 2018, a Christian men’s group encircled a group at Auburn Pagan Pride Day in Alabama in what journalist Greene said was “an attempt to intimidate them.”

This year, RavenHawk called Lady Liberty League, a Wisconsin-based pagan civil rights organization, for legal advice and support. “The United States is founded on religious freedom for all,” said the Rev. Selena Fox, one of the founders of Lady Liberty League, in a statement to Religion News Service. “Safe gathering and the right to practice our faith is as much our right as it is anyone else’s,” she said. Witches and pagans are simply asking for the freedom to assemble peacefully.

A similar protest was held on Halloween in the town of Occoquan, Virginia, in my novel Windows of the Heavens. After dinner, a Methodist pastor named Harley Camden took a walk toward River Mill Park. As he strolled westward, he could see a crowd of people in the cul-de-sac at the end of the street, standing under the streetlights. They were milling around with their backs to the town, looking into the darkness of the park.

As he got closer, Harley realized that they were protesters. Some held hand-lettered signs that said, “Fly Away, Witches” and “No Coven in Our County.” The hair on his neck began to stand up. Who were they? He couldn’t identify anyone from behind.

The group was interracial—mostly whites and blacks—and seemed to be middle-aged. He could hear some of them chanting, but he couldn’t make out what they were saying. He heard a shout or two, but all their words were being directed toward the park. Then, when Harley was within a few yards of the group, two men suddenly turned around: Beau Harper and pastor Tony White.

“Harley?” replied the pastor, having trouble seeing him clearly.

“What are you doing?” asked Harley.

“This is a God-fearing community,” said Tony. “New Life Church doesn’t think this is the place for devil-worshipers.”

“They have cursed our town,” added Beau.

Harley looked around, trying to get a sense of who else was there and what they were doing. “Why are you here tonight?” he asked.

“And where are they?” asked Harley.

“In the park,” said Beau, pointing. “Doing their hellish ceremony.”

At that moment, the crowd began to roar in anger at something going on in the park. Terry Stone, the sheriff of Occoquan, came up behind Harley and asked him to step aside. He pushed through the crowd, followed by his deputy Sharon Madison. The two of them were determined to get between the crowd of protesters and whoever was in the park. Realizing that his only chance of understanding the situation was to follow the officers, Harley fell in behind them.

Once on the other side of the crowd, he could see that the witches were walking toward the protesters, slowly and deliberately. Their Halloween ceremony appeared to be over, and they were moving toward the entrance of the park, wearing robes and carrying torches in an otherworldly procession. If the coven is trying to fit into the community, thought Harley, this is not the way to do it.

The coven was a small group, roughly twenty-five people, and they were dwarfed by the crowd of protesters, which seemed to approach one hundred. “Let them pass,” shouted Sheriff Stone, using his nightstick to part the protesters. Deputy Madison also drew her stick and tried to help him make an opening. “Step aside,” she ordered the protesters, who reluctantly complied. Although they continued to chant the line about wanting the witches to go back to hell, the group moved enough to create a narrow passageway.

Two-by-two they walked through the mob; hoods drawn over their heads to protect them from the spit that was flying through the air. It appeared that they were going to make it through safely, but then one of the witches at the end of the line hurled himself at a protester, grabbing the man by the neck. The two of them knocked over several people and then tumbled to the ground, punching and clawing at each other while the crowd screamed and shouted.

The sheriff and the deputy tried to get to them to break up the fight, but the crowd was too thick. All of a sudden, a gunshot split the air, a man wailed, and the protesters scattered. The witch writhed on the ground, with blood on his robe. The protester struggled to his feet, with a small gun in his hand.

“Freeze!” shouted Sheriff Stone, pointing his own weapon at the man. Deputy Madison quickly disarmed the protester, and Stone called for an ambulance.

The witch was lying on his back, face exposed, crying out in agony. Harley looked down, and recognized the face.