Wreckage on a Staggering Scale 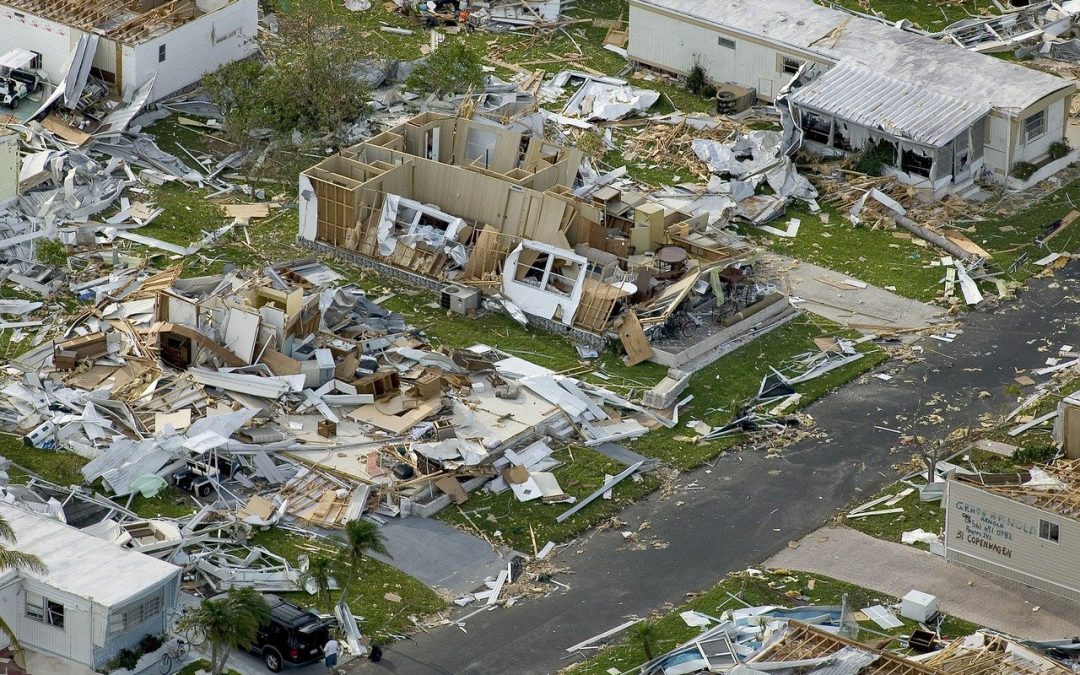 Hurricane Ian delivered a devastating blow to southwestern Florida in late September, leaving people without electricity, drinking water, or habitable homes. Governor Ron DeSantis said that there had been a “biblical” storm surge on Sanibel Island, a tourist area southwest of Fort Myers. “The damage that was done has been historic,” he said on September 29. “We’ve never seen a flood event like this. We’ve never seen storm surge of this magnitude.”

“The scale of the wreckage was staggering,” reported The New York Times, “even to Florida residents who had survived and rebuilt after other powerful hurricanes. The storm pulverized roads, toppled trees, gutted downtown storefronts and set cars afloat, leaving a soggy scar of ruined homes and businesses from the coastal cities of Naples and Fort Myers to inland communities around Orlando.”

Homes were crunched together or smashed into splinters. Fishing boats and pleasure cruisers were lifted up and deposited on land. Streets were blocked by fallen trees and downed wires. The death toll approached three dozen as of October 1.

A similar scene played out in my novel Windows of the Heavens after a monster storm hit the river town of Occoquan, Virginia. Pastor Harley Camden looked out his window in the middle of the night and saw that Union Street, which runs from Commerce down to Mill Street, had become a river. A torrent of black water, several feet deep, was running toward the Occoquan River, swelling, rolling, and ripping merchandise from the porches of shops along the street.

Harley thought he heard a train, but then realized that the sound was being made by the water as it roared through town, even causing parked cars to rise up, spin around, and crash into buildings. Logs and large branches were being carried downhill, along with lawn chairs and pieces of fencing, and while some of the debris spilled left and right onto Mill Street, most of it flowed directly into the Occoquan River.

In the glow of the streetlights, he could see that the gravel parking lot that stood between Mill Street and the river was now submerged — it had become a muddy delta linking the two rising, churning, bodies of water. Up the hill were two police officers on Commerce Street, trying to set up barricades in the pouring rain, but the sawhorses they tried to put in place were immediately swept away.

Harley was breathing quickly, frightened by what he was seeing but also awestruck, witnessing a force that could destroy anything in its path. A line from Genesis came to mind, “The waters swelled so mightily on the earth that all the high mountains under the whole heaven were covered.” Surely an exaggeration, but not too far from the truth.

Pulling his bathrobe tightly around him, he watched the black water rush down the hill like a gusher of crude oil, carrying objects past the glow of the streetlights and then into the darkness: A large barrel, three or four trash cans, a floating window box, and an empty kayak. All were being spirited away, effortlessly, by the dark and roaring floodwaters.

Then, looking at the gift shop on the corner of Union and Mill, Harley saw a wooden porch begin to wobble as the rushing water undermined it. The posts which held up the roof began to sway, and then the supports gave way and the roof crashed down, splintering with a crack like breaking bones. Immediately the pieces were swept away, leaving the front door of the shop looking ridiculously naked and exposed.

The Town of Occoquan was being transformed by the flood. Another car floated down the street, and then a small pickup truck, spinning like leaves in a stream. Harley was seeing wreckage … on a staggering scale.

To order Windows of the Heavens, which is the sequel to my Occoquan-based murder mystery City of Peace, click here. .