Running Keeps Body and Soul Together 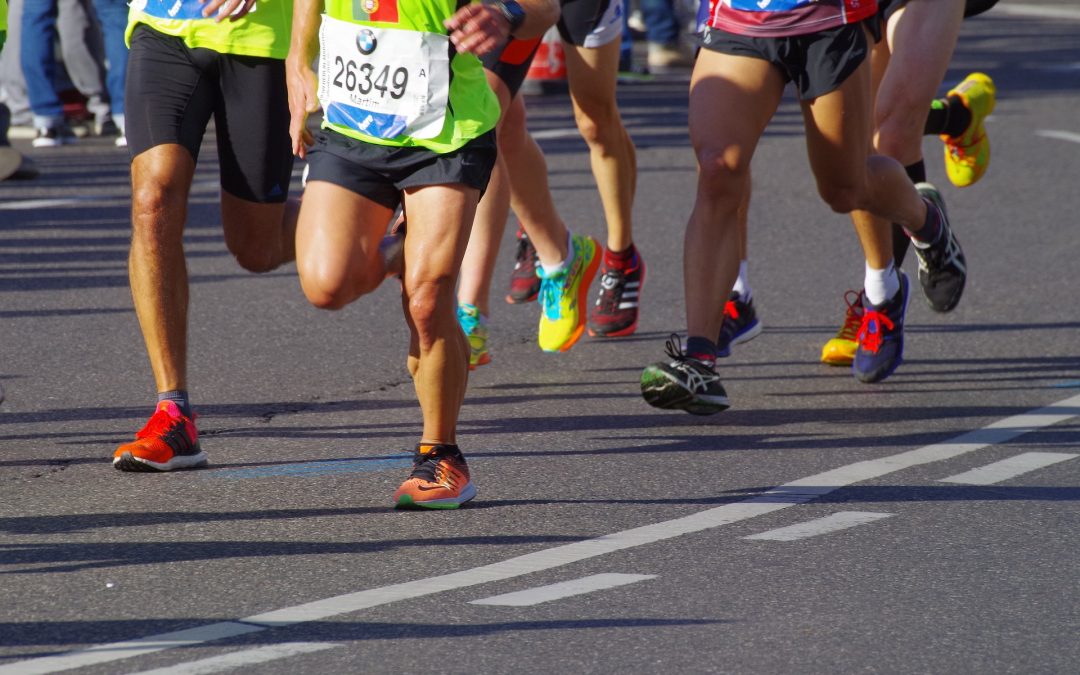 The 47th Marine Corps Marathon was run on Sunday, October 30, and the 51st running of the New York City Marathon was held on Sunday, November 6. Two amazing events, with routes around the monuments of Washington, DC, and through the five boroughs of New York City. 26.2 miles that pass through two great American cities.

I’ve run them both. The Marine Corps was my first in 2000, and New York City my fourth in 2003. Both helped me to keep body and soul together.

My running career started in February 2000. At my fortieth birthday party, a Catholic priest friend challenged me to run the Marine Corps Marathon. The goal seemed crazy, since I had no experience as a runner, and the prospect of running twenty-six miles was daunting.

But, like Pastor Harley Camden in my mystery novel Windows of the Heavens, I needed a midlife challenge. My priest friend had run several marathons, so he gave me some tips and turned me loose.

The first time I hit the road, I ran for three minutes and had to stop, gasping for breath. But after walking for seven minutes, I was able to run for another three, and then I walked another seven and ran three. Over several weeks, my running increased and my walking decreased until I could run for an hour. And then I ran two hours.

The priest was right. Six months after beginning my training, I finished the Marine Corps Marathon in a respectable four hours and twelve minutes. I felt as if I’d been through boot camp, but my wobbly elation at the finish line made the pain worthwhile.

Marathon training quickly became a meditation for me, an opportunity to think, dream, pray, and problem-solve. I came to appreciate how exercise cuts through the clutter of life and gives the gift of simplicity for a few hours each week. In a career dominated by phone calls, emails, meetings, counseling sessions, and sermon preparation, I found that it was calming to spend time focused only on the path ahead.

Running became the very best way for me to keep body and soul together. You will find that the same is true for Harley Camden in this small-town murder mystery, in which he faces threats from a coven of witches, a Central American gang, and a devastating flood. When life threatens to pull him apart, he discovers that walking and running help to keep his life together. In a world that is physical as well as spiritual, exercise is an excellent opportunity for thinking, dreaming, praying, and problem-solving.